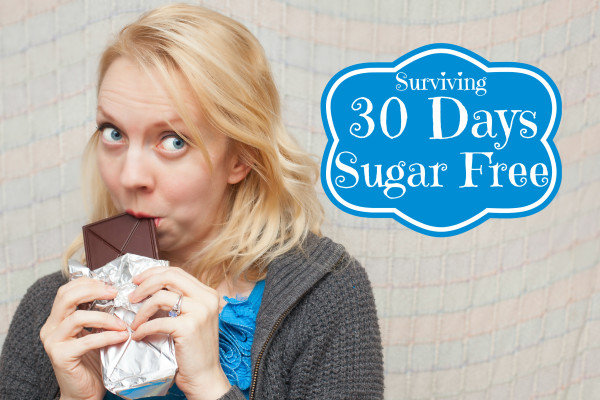 I recently went through a book with my sister in law that I felt might help me to become more spiritually and mentally disciplined. The book issued a 30 day challenge of various tasks, one of which was to give up sugar for the month. Knowing I’ve developed a bit of a sweet tooth since becoming a mom, I was excited about the challenge, but also felt it would be pretty easy since we don’t eat that much sugar anyway. Eric (Mr. Sweet tooth himself) even said he’d take the challenge with me!

Tomorrow is our 6 year wedding anniversary. Normally we camp at Mt. Rainier for our anniversary, but it didn’t work out this summer, so we hiked on the mountain with Corban, and then all went to our favorite restaurant at the foot of the mountain, Alexander’s Country Inn and Restaurant. They make incredible Pacific Northwest dishes, and we look forward to eating there every year. I had trout that they went and caught from their pond right after I ordered it. Talk about fresh!

Normally we get a big slice of blackberry pie, made with local blackberries of course. It sounded good, but honestly we were so full from our meals, that it wasn’t that tempting. Even though we were full, I know we would have ordered a piece were we not on this sugar fast. Interesting to think about!

After a week of constant crying, the baby, not me, I’m ready to pull my hair out. Actually I am pulling it out regularly but I hear hair falling out is a normal postpartum thing and I’m not going to end up bald by his first birthday.

Because we don’t do cry it out, and Corban has always been pretty laid back, I am at my wits end in trying to deal with the lack of sleep and constant stress of hours of crying and fussiness. These fifteen minute cat naps are not enough for me to nap with him, and my willingness to hold him 24/7 does not seem to diminish the fussing.

I want sugar. Not even for the flavor but for the brief energy spike I’m sure will follow a few forbidden bites of something unbearably sweet.

I also want it for the comfort factor because I feel like a bad mommy for just wanting a break from my baby. Surely chocolate would make me feel better even if the crying continues.

I don’t know if it’s teething, or a sensitivity to one of the foods he’s been trying, or something in my diet. I’ve decided to give up gluten. I’m already boycotting dairy and sugar, what’s one more massive food group? If he makes it through the night without crying I will be beyond relieved. Then I’ll start crying because it’s taken me two years to get confident in baking with whole wheat and now I have to switch to gluten free.

I am physically and emotionally bankrupt. What a week for grandma to be camping and unable to rescue us. I’m going to stop writing now because I’m tired of hearing myself whine.

Still have a pretty cranky baby. It’s no longer non-stop fussing, but still a lot more than we’re used to. I’m wondering about the gluten thing because (bodily function mention alert!) he’s gone from a poop once a day or less, to four poops in one day! He hasn’t done that since the week he was born.

Sugar was a little tempting today, but I wanted caffeine more. After a sleepless night, a two hour nap with Corban helped me make it through the day, and family blackberry picking in the front yard gave me a natural sugar spike to get me through bedtime.

It’s amazing how after going almost a month with so little sugar, I can now actually feel natural sugar in fruit affect my brain and body when I eat it. Amazing and scary.

I use the word surviving, because in the beginning you do wonder how you’ll make it for 30 days. Can I function without coffee because I can’t stand it without sweetener? The answer is yes, and Eric actually likes it better without now! Will I starve at potlucks or group dinners? Avoiding dairy (and later, gluten) made this more of a possibility but I found some wonderful Lara bars to carry in the diaper bag for just such hunger emergencies. Will my brain and body stop telling me that sugar is the only thing that will cure my craving, heartache, stress, exhaustion, fill in the blank? Yes, it does, though every once in a while the pesky chocolate voice rears its annoying head.

Was this experience life changing?

I’m not sure yet. It was definitely eye opening. We both were shocked by how much sweetener, natural or artificial, we consume in a week. We realized that it’s outside the house that we are most likely to eat sugar and having healthy snacks on us at all times is an important way to avoid unhealthy options.

It’s also definitely changed some habits. If we get the $1.50 hot dog combo at Costco, we choose water instead of the soda. When my dad took us to Red Robin for dinner, Eric’s usual strawberry lemonade was far too sweet and he returned it after two syrupy sips. I’ve started having cereal or eggs with buttered toast instead of peanut butter honey toast, my old standby for breakfast.

Now we definitely aren’t sugar nuns or anything. I made pancakes the other day and had some maple syrup. We’ve been eating small amounts of dark chocolate. But at the giant church potluck, we had fruit for dessert. I don’t know if I’ve ever chosen not to have some kind of baked good at a church potluck. Are you even allowed to keep attending if you don’t try a little bit of everything?

We may start doing this once a year, because I realized it was about a lot more than sugar.

The past month was about self control and awareness. For Jesus followers like Eric and I, any kind of fast is designed to draw us closer to God, help us realize when we are turning to something other than Him for comfort or strength.

But fasting from something can be beneficial whether you believe in God or not.

It helps you recognize your weaknesses, see what “harmless” addictions are bigger than you realized, and learn to challenge yourself to break unhealthy habits.

So what do you think you might benefit from giving up for a month? Sugar? Caffeine? Fried foods? Television? Facebook? (Gasp! I know some of you just felt your heart stop when you read that one).

I’d love to hear from you. In fact, if any of you are interested, I’m thinking about another TV fast in February. If you have something you want to give up for a month, we could keep in touch here or on the Facebook page and encourage each other! Unless you’re fasting Facebook, then you should stay far far away. Let me know in the comments!