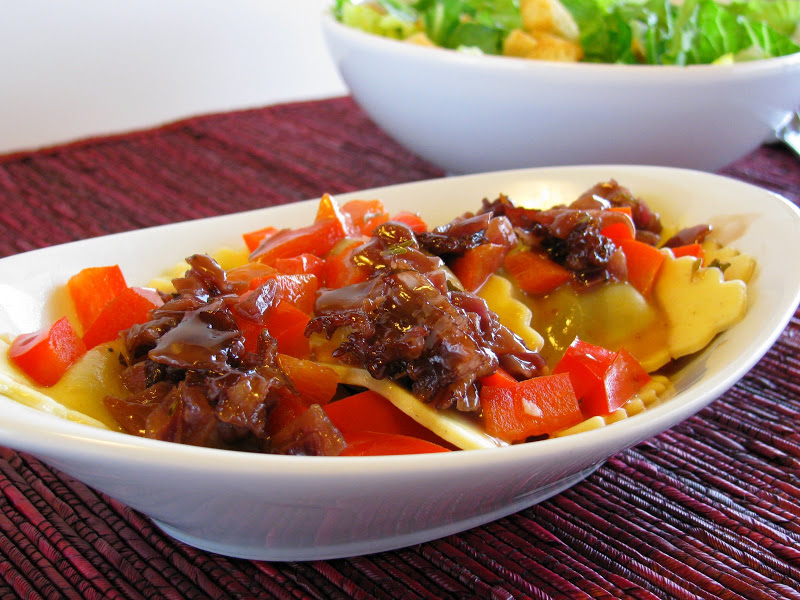 I know what you’re asking, it’s “What are Agnolotti?”. I had the same question so I did a little research for you. Most sources
agree that agnolotti are similar to ravioli but instead of being two pieces of pasta on top of each other with filling in
between, it is one piece of pasta folded in half over the filling. So one edge is a fold rather than a crimp. That is pretty
much the one thing that was in agreement, the other aspects of the definitions varied quite a bit. Some say that agnolotti
can only contain beef (leftover roast specifically) and vegetables, if it’s just vegetables it’s really ravioli. Some say
that it can have any variety of filling. Still others say it doesn’t even have to have filling and can just be folded over
to be defined as agnolotti, and then be used in soups. I can’t tell you what’s the truly the original definition, but I’ll
probably forget all together and think of them as ravioli. 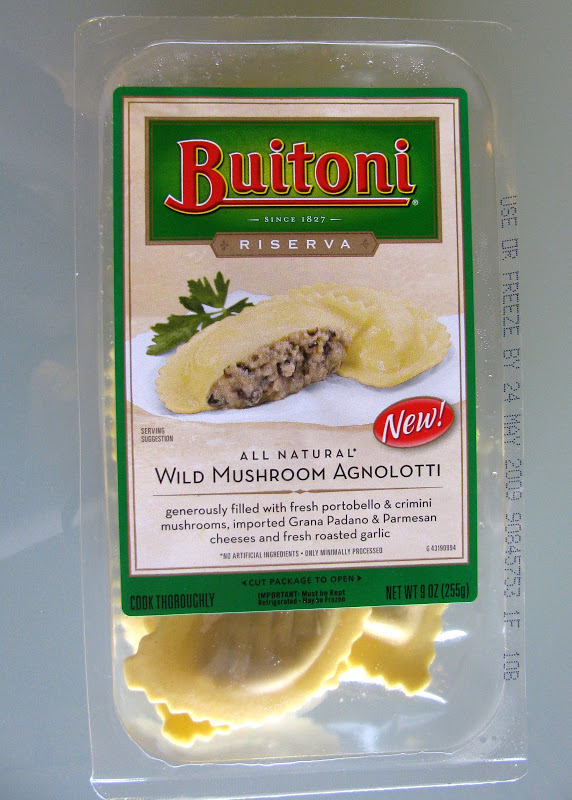 I owe a humungous thank you to
Foodbuzz and
Buitoni. As a featured publisher and tastemaker for Foodbuzz, I got to try the new Buitoni Riserva line of fresh pastas.
I must say that the refrigerated fresh pasta is so much better than dried pastas, and the wild mushroom filling was absolutely
delicious! I decided to make mine with red bell peppers and a marsala cream sauce. I was excited to cook with Marsala wine
since I never have before. It was an incredible dish and Eric and I really loved it. Honestly I don’t know if I would buy
it in the store though. It has nothing to do with the quality or taste, I was very impressed, but I feel like store bought
fresh pasta is a luxury item. I would have a hard time feeling comfortable with it in our budget. It’s around $4-$5 for a
package with 12 agnolotti, which I used to serve two along with a side salad. If I had the time and energy, I know I could
make my own fresh agnolotti for much cheaper, but then again I don’t know if I’d get around it. Bottom line is, if you can
afford it, get yourself some because it’s delicious! If you can’t afford it, at least make this sauce and pour it over ravioli,
chicken, grilled portabellos or other pasta. To make it vegetarian, simply leave out the Pancetta and substitute vegetable
broth for the beef broth. 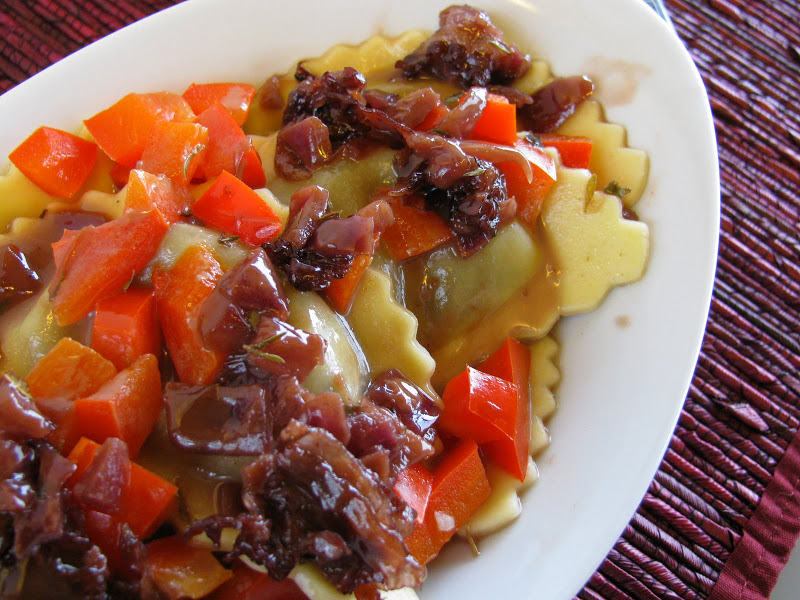 Put a pot of water on high for the agnolotti.

Melt the butter on high in a frying pan. As soon as it’s melted, add the onion, pancetta, thyme, bay leaf and pepper. Saute
in the butter until pancetta is cooked through and onion is soft (about 3-5 minutes). Add the marsala and red wine, reduce
by half (about 5 minutes). Stir in the beef broth and reduce by half again (another 5 minutes). Add the cream and turn heat
to low.

Boil agnolotti according to package instructions. Add bell pepper to the boiling pasta during final 4 minutes of cooking
time. Drain pasta and peppers in a colander. Dish onto plates and pour marsala cream sauce over the top.