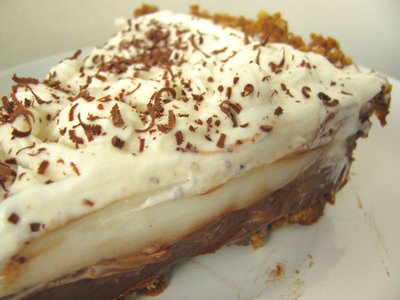 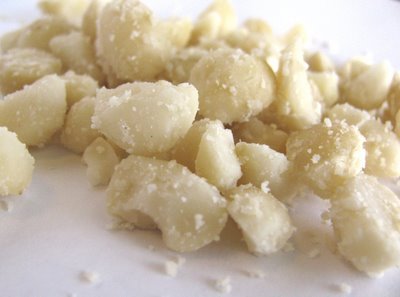 This was one of the first Hawaii foods I craved after moving to Washington, and so for almost three years now I’ve been perfecting the recipe. I bring it to potlucks, serve it for dessert when friends are over for dinner, and gladly take any opportunity to work on it. Sometimes I’m lazy and make it in a pre-made graham cracker or shortbread crust. Sometimes I use milk chocolate, sometimes a frozen pie crust. But after much experimentation, I’ve come up with the perfect recipe! 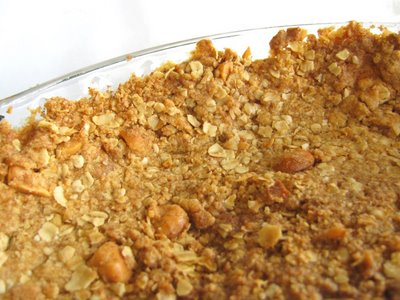 The crust is crunchy and rich with Macadamia Nuts and Quaker Oats. The chocolate haupia layer is absolutely decadent made with quality dark chocolate. Oh, what is haupia you ask? Here’s part of the wikipedia definition:

Haupia is a traditional coconut milk-based Hawaiian dessert often found at luaus in Hawaiʻi and other local gatherings. Since World War II, it has become popular as a topping for white cake, especially at weddings. Although technically considered a pudding, the consistency of haupia closely approximates gelatin dessert and is usually served in blocks like gelatin. 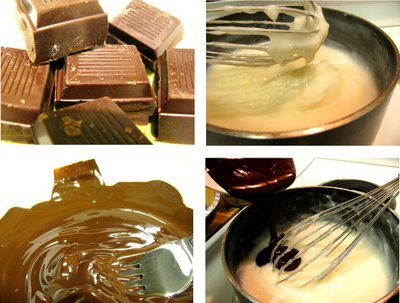 Me, I just say haupia is a dreamy creamy coconut dessert that goes great with chocolate. So if you like chocolate and coconut, you will LOVE this! One very important thing with this crust is to make sure you butter the pie pan, otherwise it’s a pain to try and get the pieces out. If you get a chance to try this, let me know what you think! 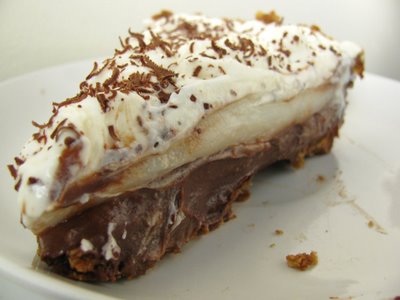 Preheat oven to 350 degrees. Butter a 9 inch pie pan. Mix flour, granulated sugar and brown sugar in medium bowl; cut in butter with a fork until mixture resembles coarse crumbs. Stir in oats and nuts. Press the mixture into bottom and sides of prepared pie pan. Bake for 15-20 minutes or until golden brown.

Remove crust from oven when done and put in fridge to cool slightly.

Whip heavy cream, sugar and vanilla until stiff peaks form. Pipe or spread onto pie and top with shaved chocolate. Cool another hour in fridge.