Elderberry syrup is an easy, all natural, immunity boosting home remedy that studies have shown can help shorten the effects of the flu. This elderberry syrup recipe uses the Instant Pot so that your syrup is ready in under an hour! 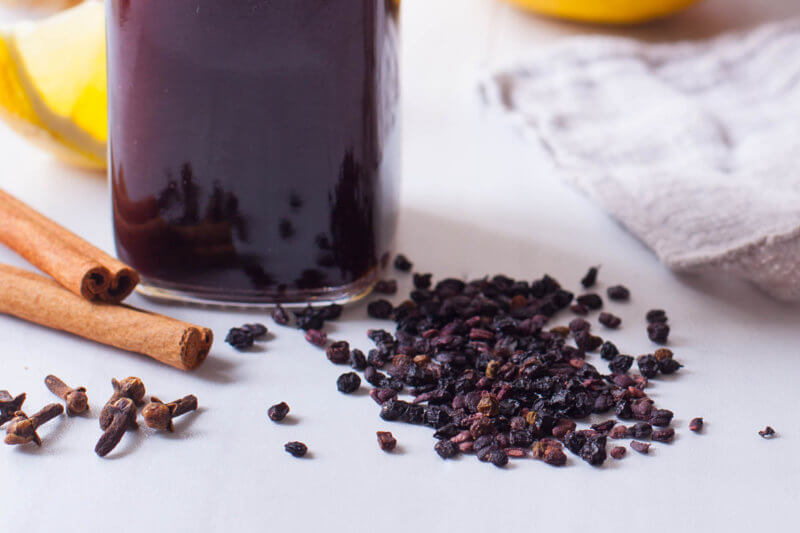 Living in Washington State, I’ve heard quite a bit about elderberries (which are native to Washington) and what you can make with them. Elderberry syrup as an immunity booster has been the most recommended usage by far.

After three months of continual illness in our family I was ready to try almost anything, but I really prefer having science based evidence backing the claims of any treatment. 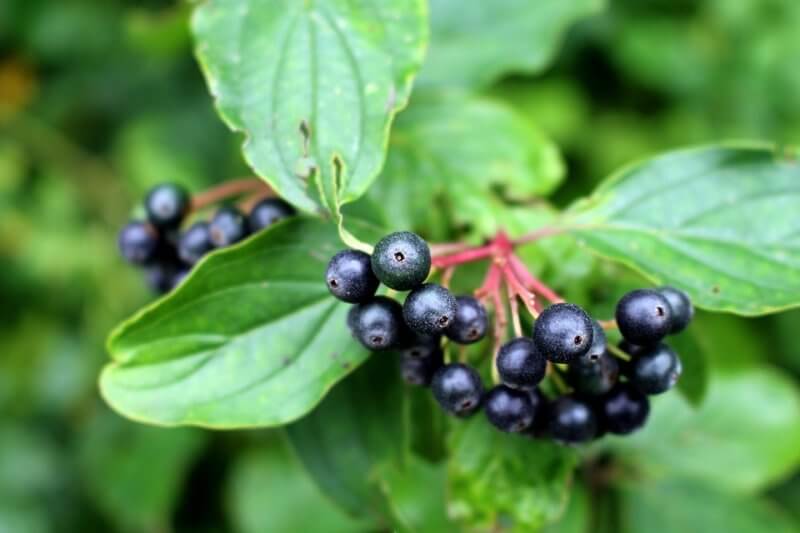 I am not a health professional, so I am NOT giving medical advice. But after talking with several doctors and naturopaths, I decided to do some research on the health benefits of elderberry syrup, and then share my finds with you.

I was surprised to learn that it wasn’t just bloggers singing the praise of elderberry syrup. It turns out there are dozens of scientific studies that have been done on Sambucus, the genus of flowering plants that elderberries belong in. 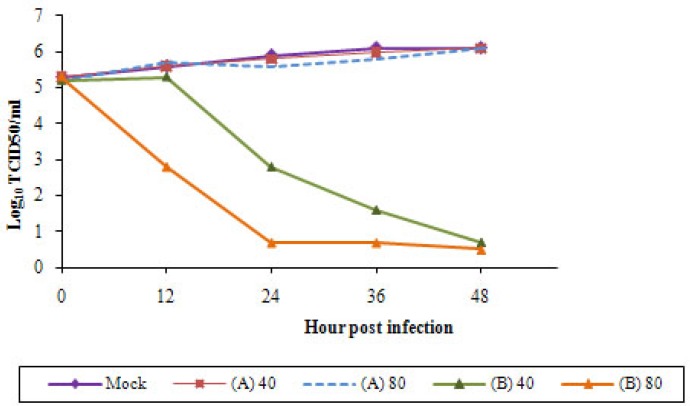 So what do all these studies actually mean?

Combing through study after study, there is not enough evidence of testing on humans to say definitively that elderberry syrup will cure you of the flu. But there is a lot of evidence from lab studies that elderberry will boost an immunity response in your cells, and that was enough for me to give it a try.

ARE THERE ANY ELDERBERRY SYRUP SIDE EFFECTS? 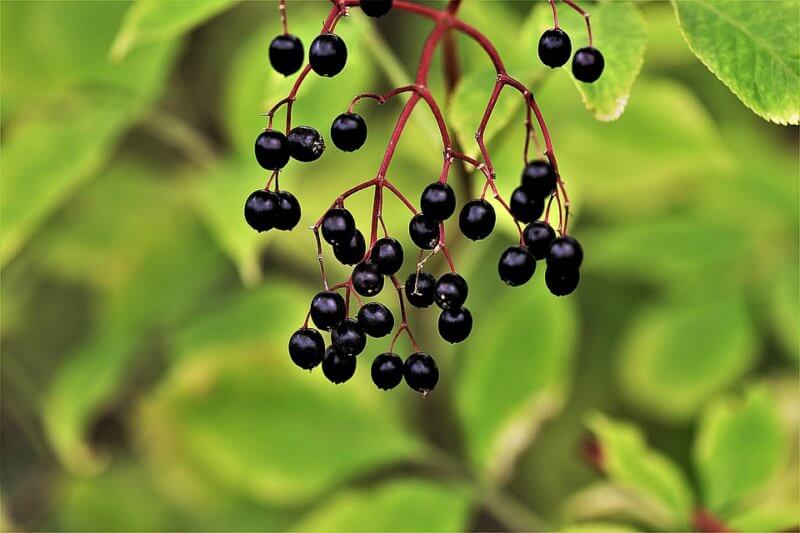 That’s why you need to throw away or compost the berries you strain out when making your syrup.

Also, while my midwife highly recommends elderberry syrup to her clients, please check with your own health professionals on taking it if you have concerns about being pregnant or breastfeeding.

WHAT ABOUT ELDERBERRY SYRUP FOR BABIES?

***This elderberry syrup recipe is NOT SAFE FOR BABIES.***

In fact I recommend this elderberry syrup for kids 2 and up, because of the inclusion of raw honey.

If you would like to make elderberry syrup for babies, just use the berries and water. Skip the honey, instead add 1/2 cup of organic sugar (to act as a preservative, not just for flavor) and boil it down until thicker.

Keep the syrup in the fridge and give them about 2.5 mL with a medicine dropper. You can also substitute agave syrup for the honey.

(If you buy ANYTHING on Amazon from one of these links, we get a little commission without it costing you any extra. Thanks for supporting our family business!)

I like using the Instant Pot to make my elderberry syrup, because I don’t have to babysit it, and it can cook a bit faster than on the stove. I also use the same mesh strainermesh strainer that I use for homemade milk kefir to strain the elderberry syrup.

I buy organic elderberries on Amazon. I’ve looked at various other websites and stores, and found this to be the best deal with quality dried elderberries.

HOW TO MAKE ELDERBERRY SYRUP 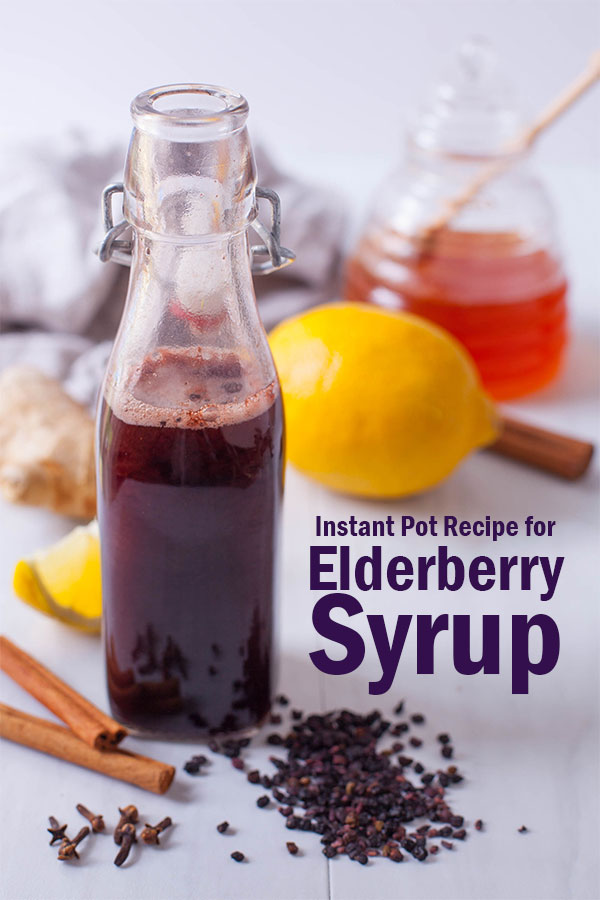 For those of you who are more visual, here’s a video showing all the steps for making elderberry syrup in the Instant Pot.

HOW TO MAKE ELDERBERRY SYRUP ON THE STOVE

Don’t have an Instant Pot? No problem! Just follow the recipe directions but simmer on the stove for 45 minutes to one hour until reduced by half. Then let cool and stir in your honey. 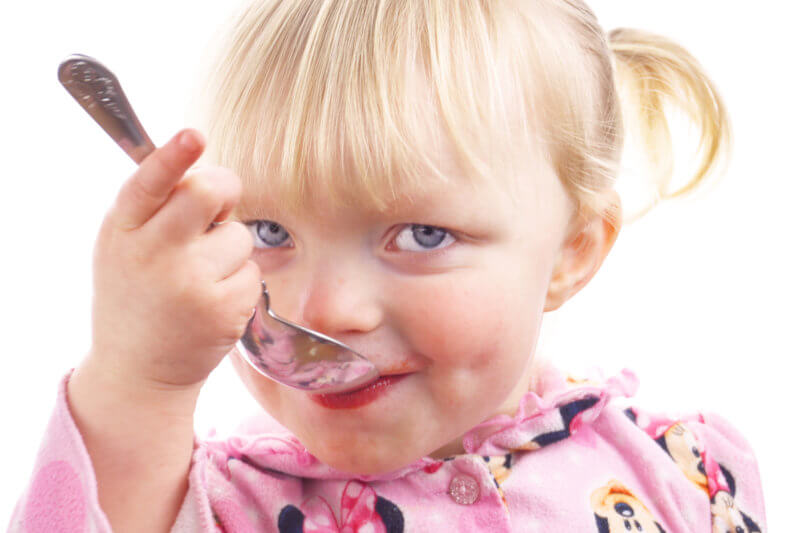 If my kids had their way, they would drink a cup of elderberry syrup a day. Even though you could certainly drink more, or even pour it on your pancakes, I prefer to treat it like a medicine.

I looked at various brands of elderberry syrup to determine how much to take.

Here’s the elderberry syrup dosage we use:

As adults, we up our dose to a full tablespoon when sick because it seems like it takes longer for us bounce back than it does for the kids.

PIN TO SAVE FOR LATER!

WHERE TO BUY ELDERBERRY SYRUP

If you’re in a pinch and can’t make your own elderberry syrup, you can buy it already made at most health food stores and pharmacies. You can also buy the syrup on Amazon. I like the Nature’s Way brand.

Sambucol is another great brand with a variety of products from elderberry liquid extract, to elderberry gummies, elderberry lozenges, and elderberry syrup.

64 thoughts on “Elderberry Syrup Recipe for the Instant Pot”