This fast and easy apple cranberry salad recipe makes is full of cheerful colors, bright flavors, and fun textures. It’s also a great salad for the cool temperatures of early spring or late fall, when winter greens like endive are just begging to be turned into salads. 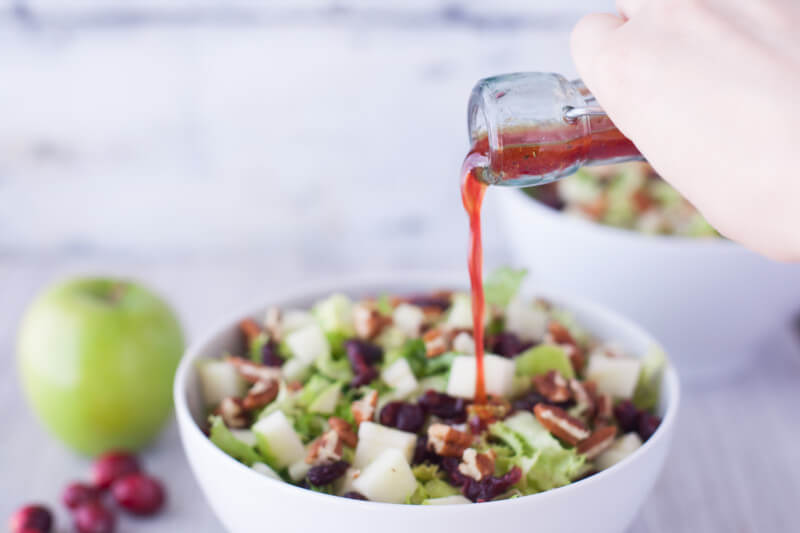 Endive (on-deev) is a member of the chicory family, which includes radicchio, escarole, frisée, Belgian endive and curly endive. Endive is very crisp with a bit of nuttiness to the flavor and usually slightly bitter. Below I go into depth about the different types of endive and the names they go by, but you can also scroll past those details to my infographic that gives a brief overview, and is perfect for saving to Pinterest! 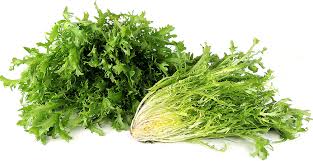 IS CURLY ENDIVE THE SAME AS FRISEE?

I tend to prefer the curly endive, as well as frisée, because the bitterness is milder, more of a bittersweet peppery flavor, and it is quite fluffy in salads. If you find something simply labled “Endive” in the store, it is usually curly endive. Some people also pronounce this variety of endive as (in-dive).

Frisée (pronounced Free-zay) is actually slightly smaller and paler than regular curly endive. They are the same plant, but grown differently.

The cooler and milder the climate, the less bitter the curly endive or frisée flavor will be. 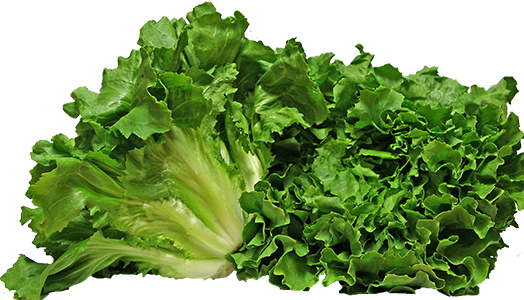 IS ESCAROLE THE SAME AS CURLY ENDIVE?

Escarole is similar to curly endive, but the leaves are broader and smoother. It is usually less bitter than curly endive. It also holds up well in warm dishes or as a bed of greens under something hot. 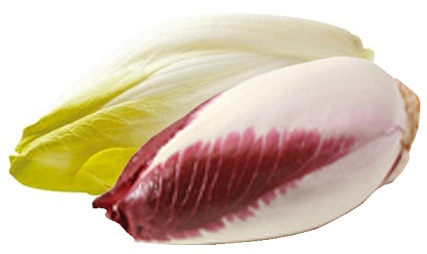 IS BELGIAN ENDIVE THE SAME AS ENDIVE?

Belgian endive looks completely different from endive (aka curly endive). Here in the US it’s also sometimes referred to as California Endive, now that it’s no longer imported from Belgium.

According to the California Endive website, “endive (requires) a two-step growing process before it is ready to be enjoyed. The first growth takes about 150 days in the field, where the chicory grows from seed into a leafy green plant with a deep tap root.

At harvest, tops of the leafy chicory plant are cut off, the roots dug up, and then placed in cold storage where they enter a dormancy period. As demand necessitates, roots are removed from cold storage for their second growth, which takes 28 days in dark, cool, humid forcing rooms, similar to a mushroom growing facility. The control over the initiation of this second growing process allows for the year-round production of endive.”

Belgian endive can be white and yellow or white and wine red. The red variety are crossed with radicchio. 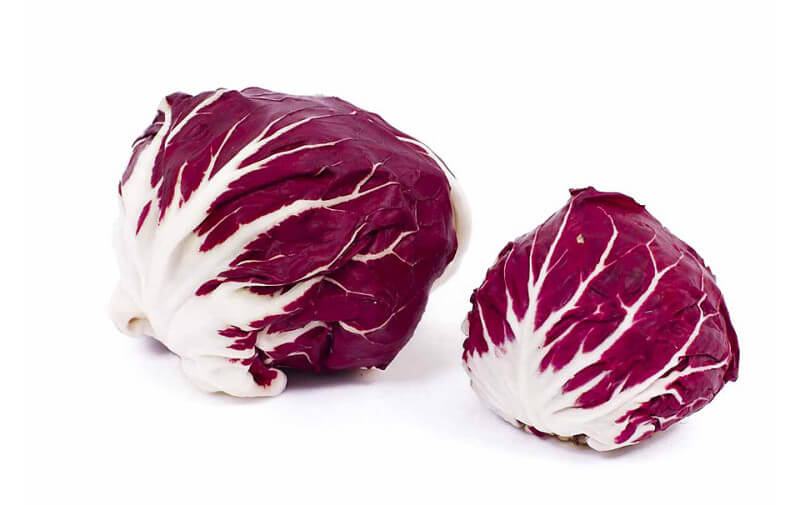 While radicchio (rad-EE-key-o) is a member of the same chicory family, it is not endive. It is a red leafed chicory that looks a lot like a small red cabbage (but it is NOT a cabbage). There are several varieties of radicchio that take different shapes, but that’s for another post.

I have read from one source that the red Belgian endive (or red California endive) is an endive crossed with radicchio di Treviso, but I haven’t been able to confirm that yet. They certainly look similar though!

EASY GUIDE TO ENDIVE AND OTHER CHICORY VEGETABLES

Want a quick and easy guide to endive and other veggies in the chicory family? You can also save it on Pinterest! 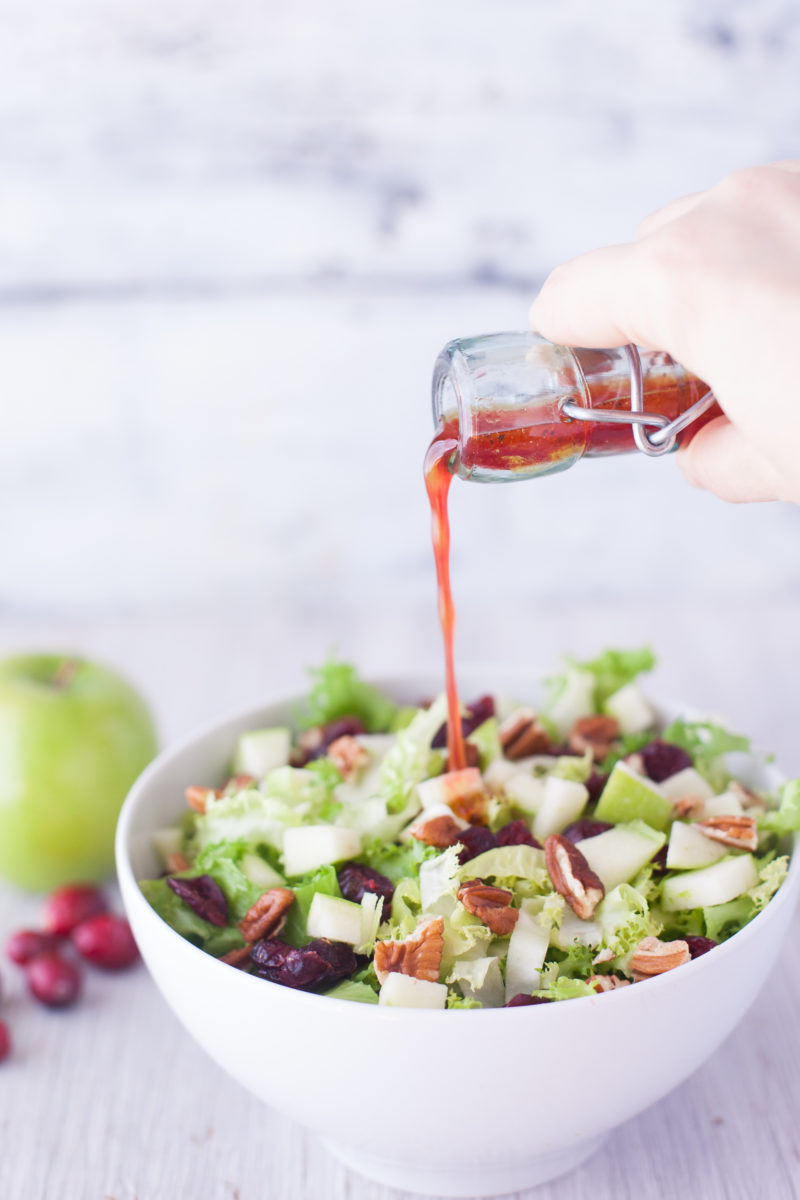 For this apple cranberry salad recipe, I chose to use curly endive. I like the fluffiness of the curly endive, and the fact that I can get a big head of it for the same cost as a little Belgian endive. 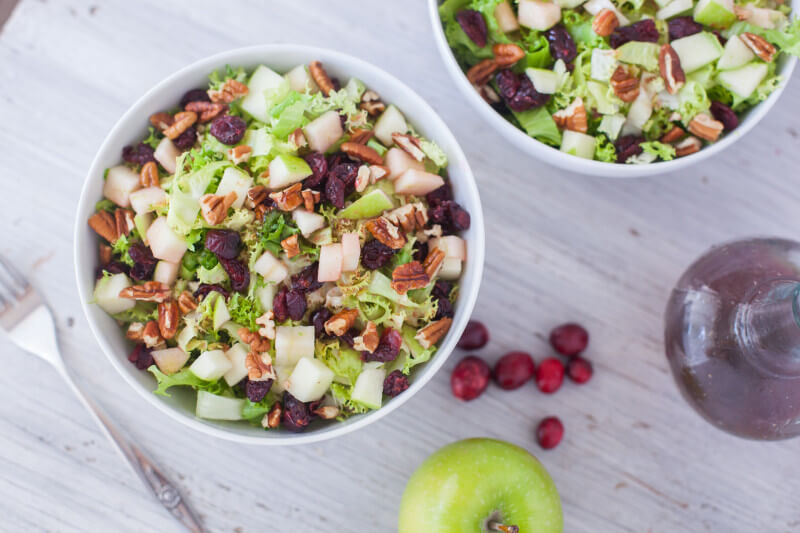 I went with tart Granny Smith apples in the salad, to contrast the sweetness of the dried cranberries. But you could also use a sweeter apple and chop up fresh cranberries, or whatever apple cranberry combination you prefer. 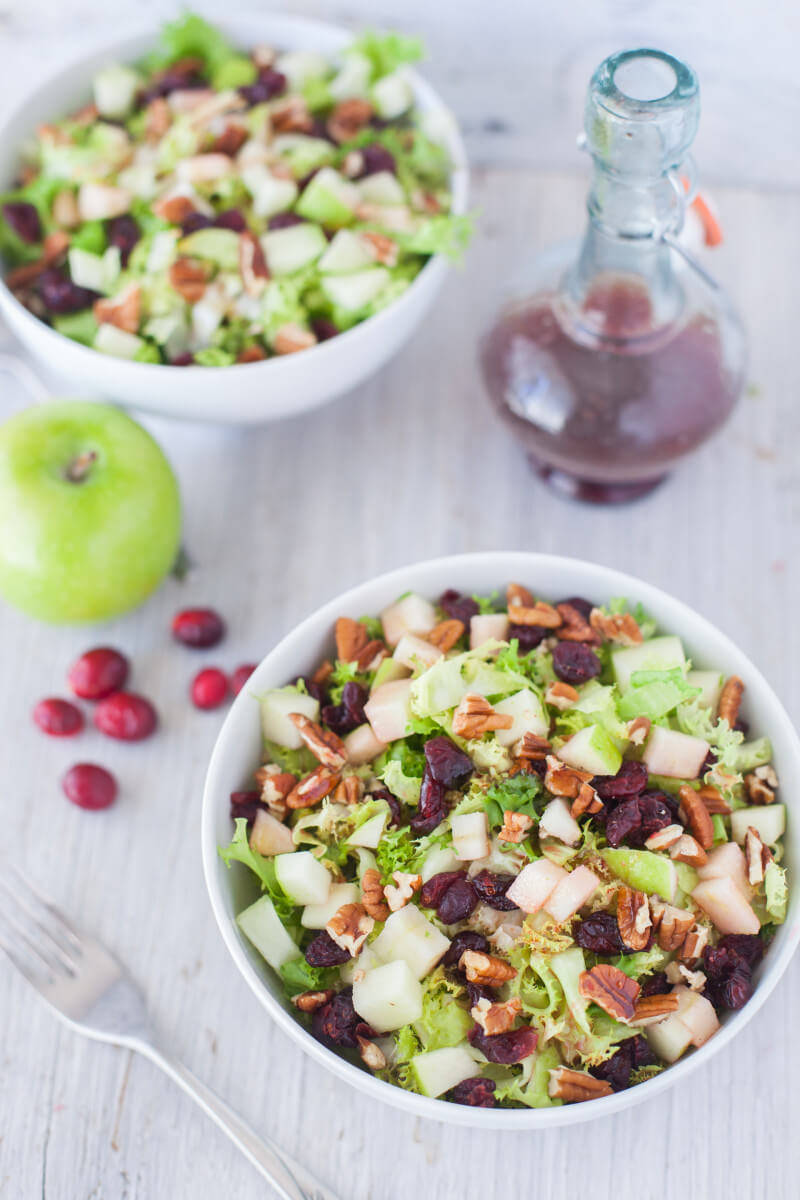 The best part of this salad is the 3 ingredient cranberry vinaigrette. It’s so good that I make a big batch to have on hand anytime I’m craving a salad.

Have you used endive before? What’s your favorite endive recipe? We’d love to try some more!

THANKS FOR SUPPORTING EATING RICHLY EVEN WHEN YOU’RE BROKE

By clicking one of these links before making a purchase on Amazon, we get a small percentage of your purchase, without it costing you anything extra! Thanks for helping to support our family business.

12 thoughts on “Apple Cranberry Salad Recipe and What is Endive?”