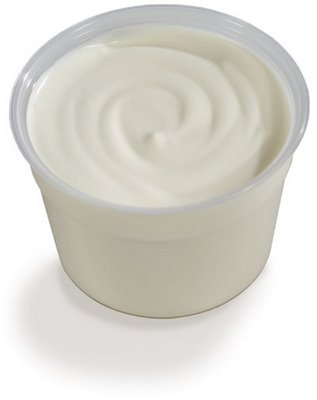 What is this crème fraîche? I see it all over the place, hear it mentioned on cooking shows, and find it in fancy recipes I want to try. But what is it besides fresh cream? In my quest for trying new cooking ingredients, I decided to do some research and see if it’s something I can make.

Here’s what Wikipedia has to say:

Crème fraîche is produced by a process similar to that of sour cream, with the exception that no ingredients are added. Each processing step requires attention to producing and maintaining high viscosity. Commercially it is commonly fermented to an end pH of around 4.5. The higher fat content and small scale processing result in a retail price which, in the U.S., is at least twice that of traditional sour cream. Nevertheless, sales are growing. In the UK, the price differential is smaller, as mass-produced crème fraîche is readily available, although artisanal, organic and geographically-delimited products may command a premium. Its increasing popularity is an indication of changing culinary habits promoted by growing population diversity and increasing exposure to Continental European culture and cuisine.

Almost all types of crème fraîche may curdle at high temperatures, when cooked for a while, (like sour cream) and cannot be added to stews until the end of the cooking or to casseroles while baked in the oven[1], unlike the Smetana sour cream. Light crème fraîche contains about 12 to 18 % milk fat and curdles if heated or cooked. It can be used for dipping potato chips or crackers.

Crème fraîche can be made at home by adding a small amount of cultured buttermilk or sour cream to normal heavy cream, and allowing it to stand for several hours at room temperature until the bacterial cultures act on the cream.

Then I found this on Ochef:

Crème fraîche is a slightly tangy, slightly nutty, thickened cream. Before the age of pasteurization crème fraîche made itself as the bacteria present in the cream fermented and thickened it naturally. Crème fraîche is widely available in Europe, but much less so in the US, where most all cream is pasteurized, and therefore has to be fermented artificially. There are commercially produced versions available in select gourmet shops, but it can be hard to find and fairly expensive. Considering how often it is called for in recipes these days, it is surprising that it is so rare.

Most people make a facsimile of crème fraîche by adding a tablespoon of buttermilk to a cup of whipping cream, heating it gently to 110°F (45°C), then putting it in a loosely covered bottle in a warm place and letting it sit for anywhere from 8 hours to a couple of days, until thick. Store it in the refrigerator, where it will thicken further, and keep for about three weeks. You can also whip it like whipping cream.

But, Madeleine Kamman, whose formative years were spent in France, and who is one of the flavor mavens of our age, says the homemade crème fraîche is a poor substitute for the real thing. Since many people have not had the real thing, they won’t know the difference. But, Kamman says, if you run across real crème fraîche in a specialty shop — and are of adequate means — buy it. 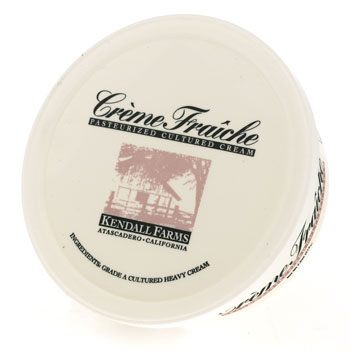 I certainly don’t remember ever seeing it in stores, but of course I wasn’t looking before. Since I have not had the real thing, and neither has Eric, I tried the homemade method. I already have some recipes I want to use it in (yes, one of them is from Top Chef, I’m a big dork).
It does look like it’s possible to buy it online though, interesting. 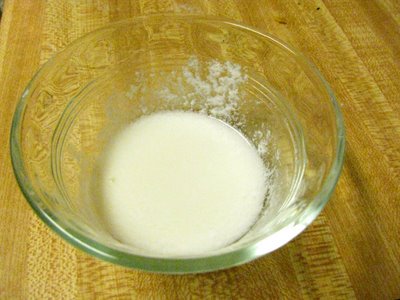 I kind of did a double homemade thing because I never buy buttermilk, just make it myself with a tsp of white vinegar to 1/2 cup of milk (it also works with lemon juice). Then let it sit out about 10 minutes. I added a TBS of that to 1/2 cup of cream and let it sit out for 20 hours. The resulting cream was really quite good! It was like a cross of butter, sour cream and cream cheese. I think I expected it to be sour but that was only very slight. 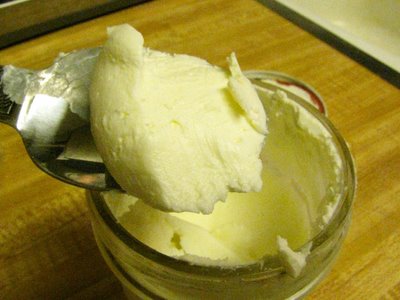 It’s incredibly thick and the TBS I used in a recipe resulted in a nice creamy sauce. I’m really looking forward to experimenting with it over the next few weeks. Here’s the first thing I made with it because my local grocery store had amazingly plump and juicy strawberries for only $1.50 a box. This was part of our fancy meal last night and it was amazing! We kept dipping the strawberries in the vinegar and cream on the dish to try and get every last drop. I did warn Eric ahead of time that it was balsamic vinegar not chocolate because I didn’t want him to get a shock, but it was so sweet and delicious he said he might not even have noticed. Also, since it reduces so much, I used the cheap balsamic vinegar for this. 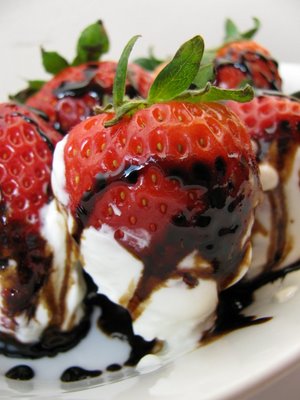 Mix vinegar and sugar in a saucepan. Bring to a low boil and simmer until very thick and reduced down to about 2 TBS.

Swirl strawberries in the crème fraîche and then drizzle with the vinegar reduction.