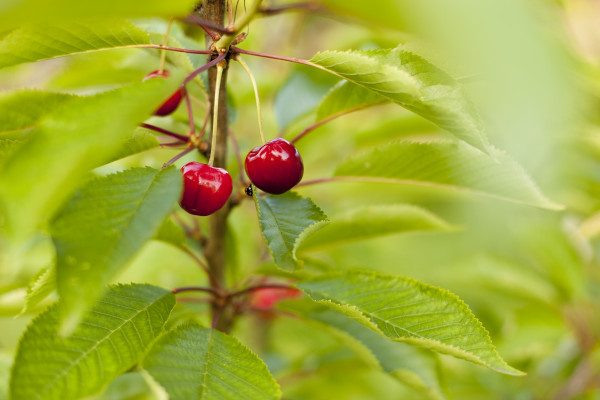 It’s cherry season!!!  Our Rainier and Bing trees produced their first fruit this year, and yes, I did a happy dance when I first saw the flowers turn into little green fruit nubbins.  I’m going to be sharing a few cherry recipes in the next couple weeks, they’re one of the few things I can eat whether I’m feeling nauseated or not!  But before I post the recipes, I thought I’d share my five favorite ways to pit cherries.  That’s right, it’s infographic time.

Like the infographic says, I typically use the cherry pitter.  I always thought of them as useless one job kitchen gadgets that take up space.  But when I got one in the goodie bag from my first food blogging conference, I was amazed to find that it made pitting cherries so fast and easy.  I now use it every June-August, when it’s in my “handy” kitchen tool drawer.  The rest of the year, I store it out of the way in my “seasonal drawer”  which is at the far end of the counter.

But not everyone has a cherry pitter and not everyone needs one.  If you’re just eating them, you can simply spit out the pits.  But if you’re cooking with them, you usually want to pit them in advance.  Some of these ideas I learned when I brought cherries to friend’s house to make pie, but forgot my cherry pitter.  In trying to figure out how to pit cherries without a pitter, we came up with some wacky ideas.  But after a little research the next day, I learned that they’re actually pretty common!

The infographic explains the basics, but let me tell you a little about each method.

1.  The paring knife method is great if you want your cherries cut in half for the recipe you’re using.  It’s the method I use for making cherry salsa (oh yes, that recipe is around the corner, promise!) because I’m basically pitting and cutting each cherry at the same time. 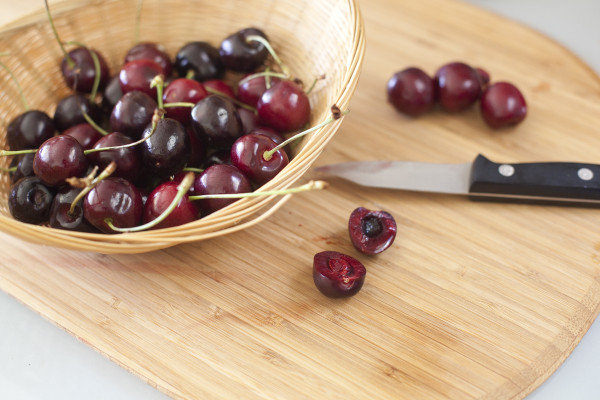 2.  The chopstick method is just plain fun.  It was actually one of our Chinese exchange students who first taught me this method!  You can also use a drinking straw the same way.  Want to make it even easier?  Place the cherry on the mouth of a small bottle (like a beer bottle) and then pop the chopstick (or straw) through.  The pit and any juices drop into the bottle with no mess. 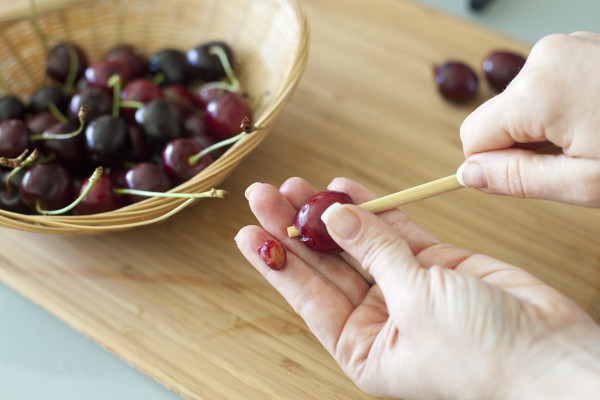 3.  The paper clip method takes a few tries to get the hang of, but it’s come in handy so many times.  I like to eat cherries at my desk at work, but after the Mayor almost caught me spitting pits into the garbage, I decided I needed a more dignified technique.  Now I just sit at the desk and deftly remove the pits with one of the many paper clips we have in the office.  I keep a damp paper towel to wipe my fingers and feel like a cross between the classy government employee everyone sees, and the secret MacGyver who pits cherries with a paperclip. 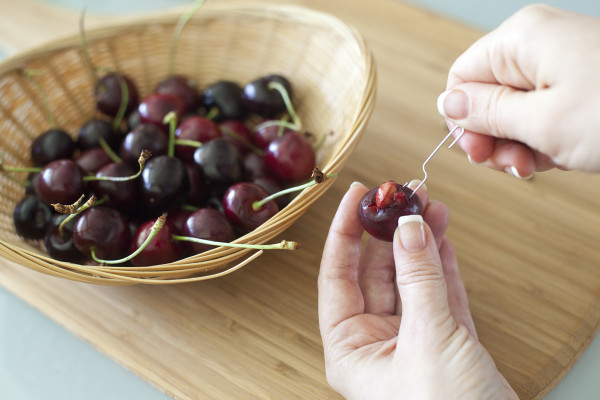 4.  The squeeze method is for when you want to pit cherries with the stem on.  Most of the other methods use the indentation where the stem used to be as the entry point for pitting.  This method is the messiest, but works really well once you get used to feeling where the pit is through the flesh of the cherry.  I love this method for chocolate covered cherries because they look so much cuter with the stem sticking out. 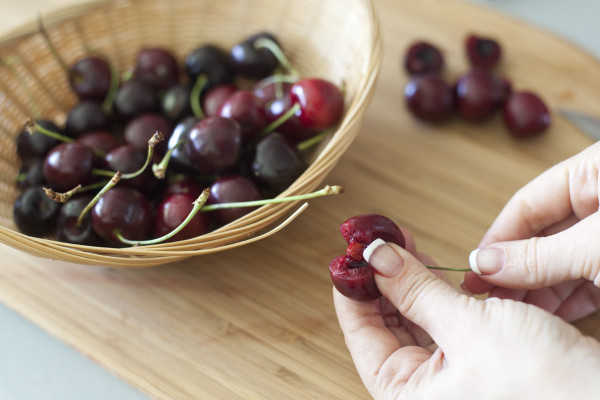 5.  And yes, the cherry pitter.  Word of advice, just toss the splatter shield that comes with many of them.  It doesn’t really prevent splattering, just gets in the way.  If you hold the pitter down inside a bowl, then you don’t have to worry about your kitchen looking like the scene of a cherry massacre. 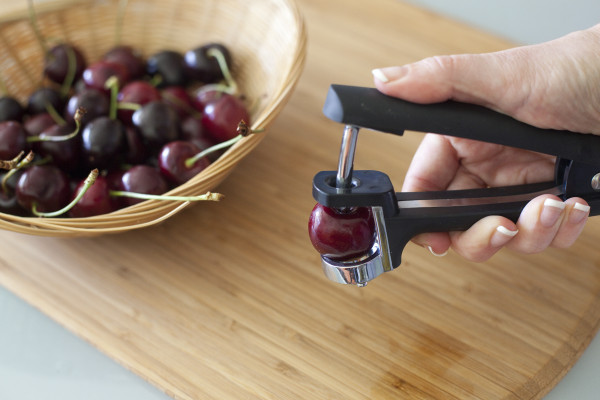 So those are my tried and true cherry pitting methods.  Do you have any more to add?  I’d love to try them!

1 thought on “Infographic: How to Pit Cherries (5 easy ways)”