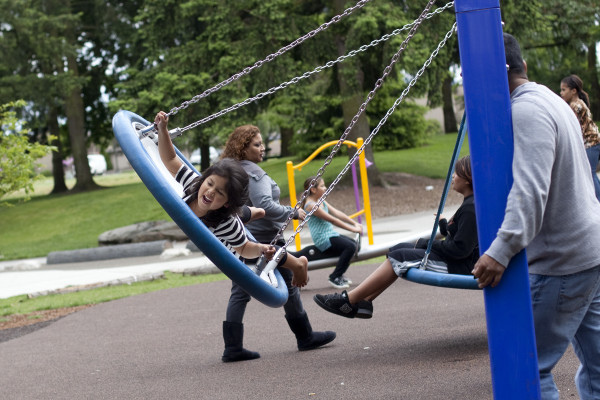 Raise your hand if you like parks. I know you can’t see it, but right now I’m totally the kid in class who is practically tipping her desk over trying to reach her hand higher than anyone else. Eric and I LOVE parks. In fact, the majority of our outdoor time is spent in national, state or city parks. We donate to the Washington Trails Association, buy annual parks passes, and help with various park clean-ups. That’s why we’re SO excited to help promote Coca-Cola’s America Is Your Park campaign!

Now, for any of you who may be cynically wondering how I, a promoter of healthy eating, can possibly endorse anything that a soda company is promoting, I have a confession: I’ve loved Coke since I was a little girl. There, I said it. Whew! What a weight off my chest! 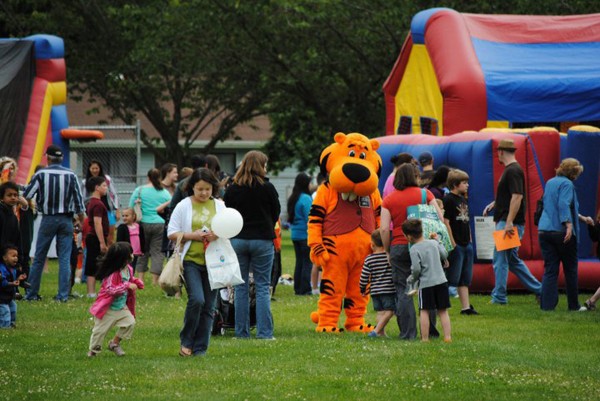 Okay, not really that big a deal. I grew up in a Coca-Cola family. We had the polar bear ornaments and stocking hangers, we made sure to always get the special-edition cans that came out with various events like the Olympics, and we even chose our restaurants based on whether or not they served Coke! Years ago, when I stopped my “fast food diet,” I realized it wasn’t that healthy to have as much soda as I was drinking. Now I have maybe one soda a month, but my soda of choice is always an icy cold Coca-Cola. SO, while I definitely think soda consumption should be limited, I believe it’s important to teach moderation and I’m not on the “ban everything unhealthy” bandwagon. 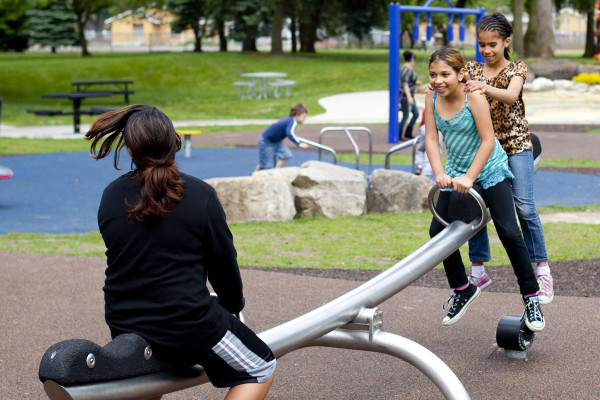 Now let’s get to the fun part: this awesome park campaign!!! Did you know that you can help win a $15,000, $25,000, $50,000 or even $100,000 grant for your favorite park? Do you have any idea what money like that can do for a park? A LOT, trust me. Coca-Cola is calling everyone out to the park this summer to vote in the third annual America Is Your Park campaign. Parks are the anchors of our communities, providing places for friends, families and neighbors to be active and enjoy the outdoors together. Last year, park supporters cast more than 13 million votes for their favorite parks to win money for improvements. The voting is unlimited, and you can even get 100 votes by checking in at the park from your phone! You can check out the full details here. 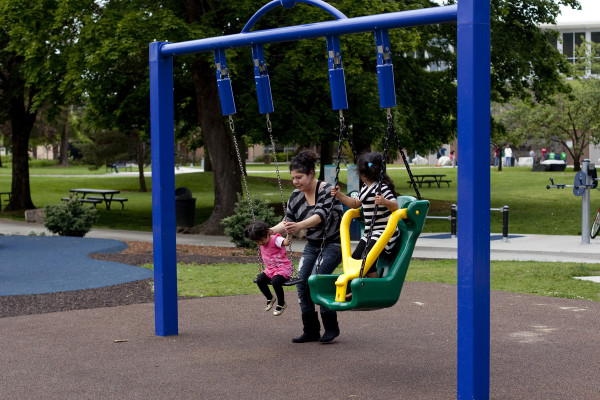 Eric and I have decided to campaign for our favorite park in Auburn, Les Gove Park. We’ve been enjoying that park since we first started dating. In fact, it was after playing volleyball at Les Gove with friends that we went to a nearby coffee shop and decided to become a couple. I’ve shared photos from the park before (in my garlic lemongrass shrimp post), but it’s gone through a lot of amazing changes over the past few years. In addition to the awesome spray park that is packed with kids on every sunny day, there’s now a new Discovery Playground. Often, children with disabilities are left to sit and watch their able-bodied friends and siblings play, but the vision for Auburn’s Discovery Playground is to have all children playing side by side in a fully accessible and sensory-rich playground environment. Barrier-free playgrounds delight children of all abilities, while providing a place where compassion and acceptance flourish. The sensory garden is an integrated system of spaces devoted to the five senses: see, hear, touch, taste and smell. It’s such a unique playground, and whenever we bring friends’ kids for the first time, they ask us, “Can we really play on everything?!” It’s really pretty amazing, and just as much fun for adults. 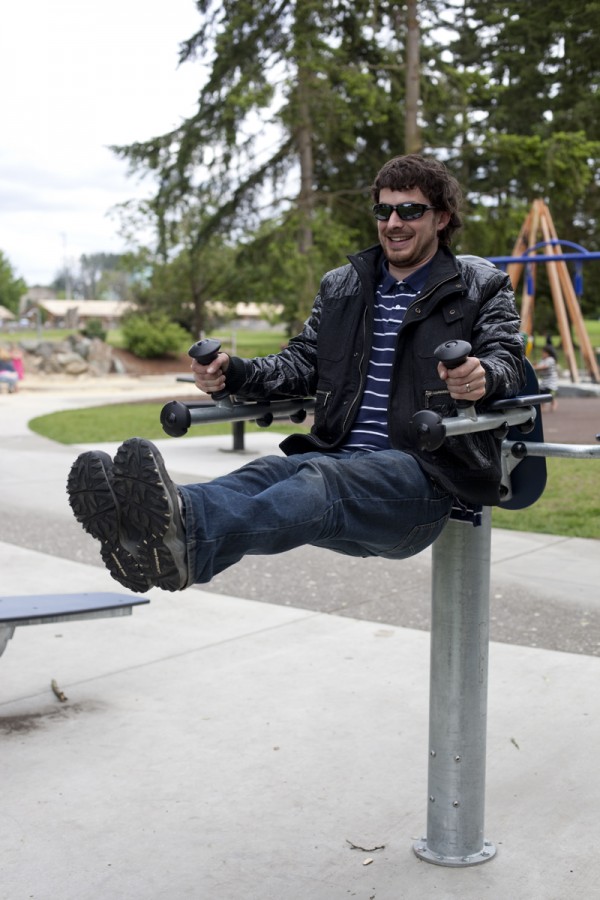 There’s an exercise area for parents to get a workout in while they watch their kids play. 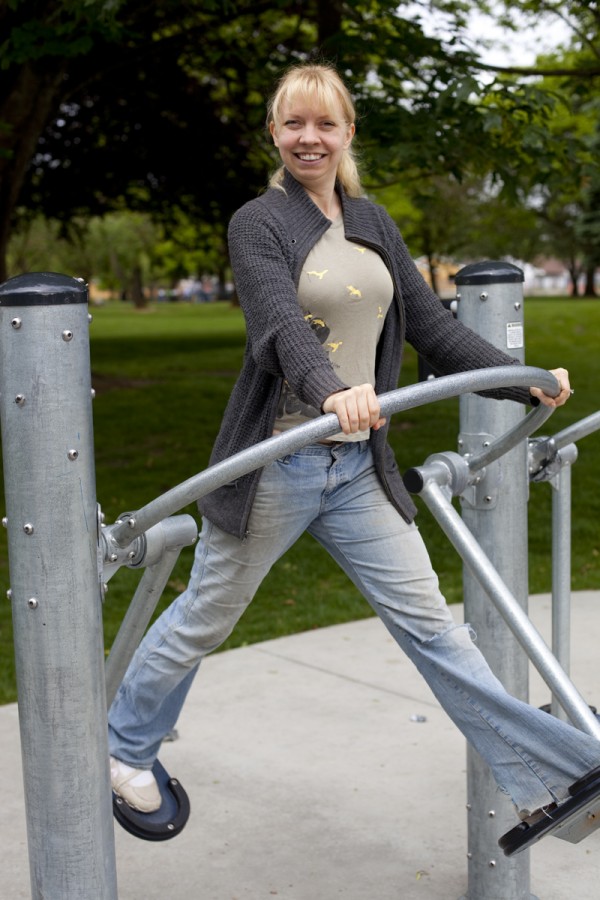 There’s also a variety of musical instruments whose sounds mingle beautifully with the laughter of the playing children. 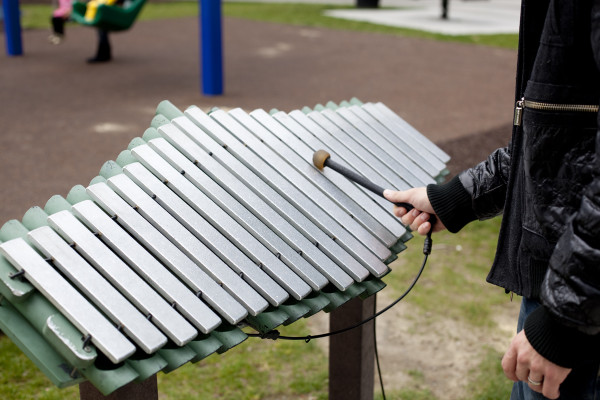 The park has several specially designed pieces of equipment so children of all abilities can play. There are slides built on hills so you don’t have to climb to the top, swing chairs that children who can’t hold their bodies up can be strapped into, and a merry-go-round that’s level with the ground so kids in wheelchairs can ride it. 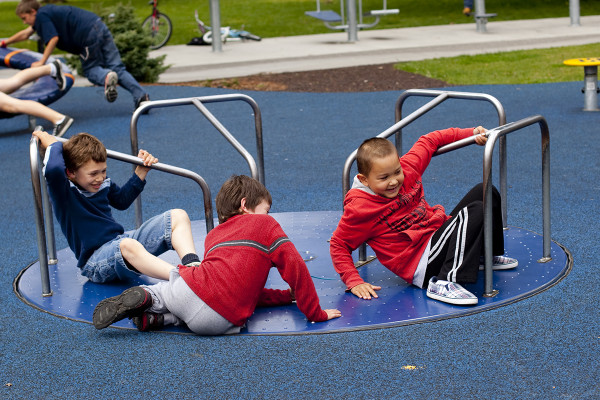 The park is pretty huge and includes softball fields, horseshoe pits, and a bocce court with free lessons twice a week. There are several community buildings that can be rented for parties or weddings, plus a Senior Center and Multipurpose Building. There’s even a rock wall that kids and adults can learn to climb! 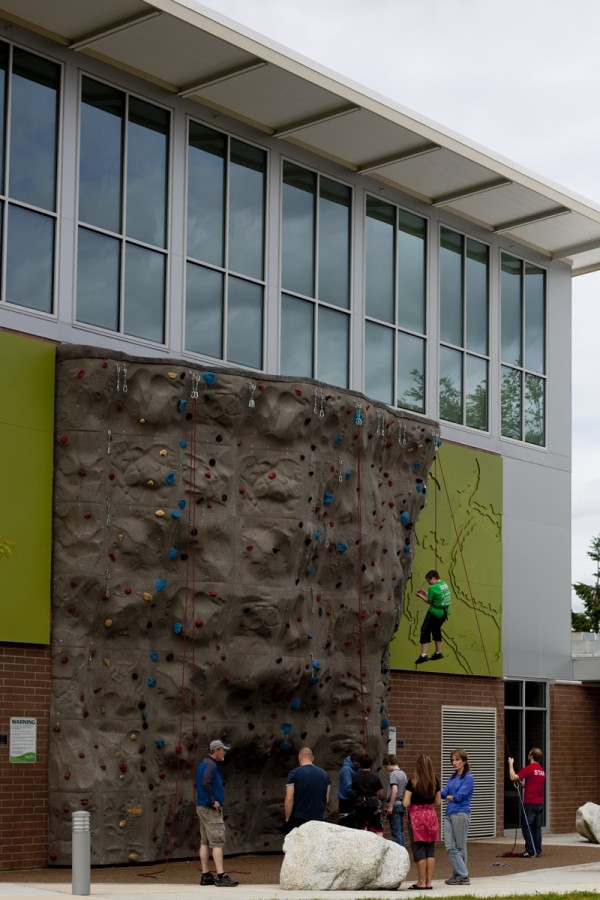 The open fields are great for picnics or barbeques, and are well utilized for huge city-wide events like Kid’s Day and the 4th of July Festival, which bring in over 10,000 people. There’s a half-mile trail that loops around the park, and I see lots of families using it for biking, walking and jogging. In fact, just the other week I ran a 5K fundraiser there that was put together by a local school to encourage kids and parents to be more active. I loved seeing the dads in their work clothes taking a break to jog alongside their children. This park is truly a center of the Auburn Community, and we love that every time we go there we see people from so many different social, economic and cultural backgrounds gathering in the same place to enjoy the outdoors.

But like any park, it’s always in need of repairs and updates, and the awesome City of Auburn Parks Department has lots of ideas to continually improve it. We plan to do our best to help win a grant for Les Gove, but we want you to campaign for your favorite park as well. Starting a grassroots movement around your favorite park is simple!

Just a few small actions can make a big difference in helping your park win the “America’s Favorite Park” title. You can organize events in the park, encourage family and friends to vote, or engage local dignitaries and celebrities around the cause.

I’d love to know if you have a favorite park. What do you love about it? Vote for your park!

NO PURCHASE NECESSARY. Only legal residents of the 50 U.S. (and D.C.) who are at least 13 years old and reside within the U.S. at the time of participation are eligible to vote for a Park. Participate on behalf of a Park by: July 15, 2012. The 3 most popular Parks will be offered a grant and there will be 1 Wild Card drawing at the end of the Contest to award an additional grant. To participate, for Official Rules, and complete details including grant descriptions, visit www.LivePositively.com/parks. Void where prohibited.

1 thought on “Join the America Is Your Park Campaign!”