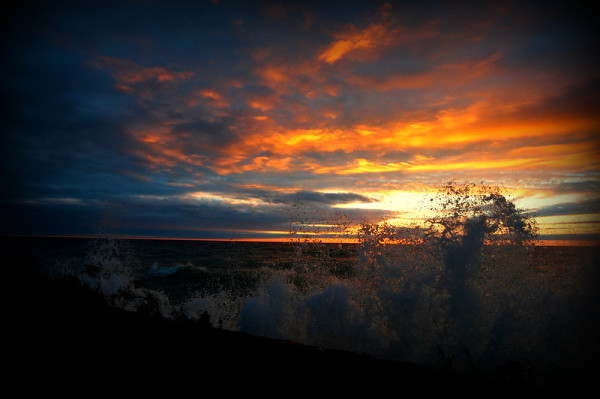 It was Halloween evening, and the first trick-or-treaters were just minutes away from showing up at our joyful home. Eric was dressed as a knight, wearing dragon Corban in the Ergo, and I was decked out as a medieval princess, giving a final stir to our giant pot of hot chocolate. Then my phone rang.

Since my hands were full, Eric answered, surprised to find his boss (a pastor at our church) on the other end. “Oh no.” He gasped, in a tone that led me to set down the ladle, dry my hands, and come stand at his side. He listened for a little while, thanked her for calling, then turned to me with an expression I knew led to bad news.

Our friend, a woman at my Mops table, one of Eric’s closest friends as teenager, had delivered a beautiful baby boy a few days earlier. We were so excited to meet him, hopeful she’d bring him to our next Mops meeting, and I was already planning nursing dates at our house.

Tragically, on the morning of the 31st, while this sweet boy lay in her arms, he slipped away to be with Jesus.

I won’t go into details, but to say that the cause of death is undetermined, except to the extent that it was proven not to be their fault. There was nothing they could have done. But at the time of this phone call, all we knew was that he was gone.

I collapsed on the kitchen floor, nearly taking the pot of cocoa with me, my body wracked with sobs.

“Why? Why? No Jesus NO!!!” I wailed. I had no coherent thoughts in my head except that I wanted it to not be true. Babies die, and it’s awful, but not this baby, it couldn’t be right.

Today was the memorial, and it amazes me how each time I think I’ve gotten through the worst of the grieving, fresh waves suddenly wash over me. As raw and painful as my grief is, I know it’s miniscule compared to what this couple and their family are going through.

I’ve been to far too many memorials in my life, and I don’t think any can be harder than that of a child. The pastor in no way tried to wrap things up in a pretty bow, even stumbling for the words at times because, really, what can you say? I so appreciated his encouragement that it is okay to cry out to God in anger and doubt, and the reminder that Jesus Himself did the same. Yet, in the midst of the sorrow, there was a certainty as well.

The couple chose readings and songs that were filled with hope. The only hope we can cling to when things are so deeply awful. Her father, the Grandpa, shared how two months earlier he randomly opened his Bible, found the first name on the page, and suggested they add the name Zedekiah to their list, only to have his shocked daughter show him the name they had already chosen written on an index card she was just about to hand him.

One day, they will see Zedekiah again. One day, in heaven, I will get to meet their sweet boy. Until then, we choose to trust God.

I had planned a recipe post for tomorrow, but it just didn’t seem right. That’s not where my heart or head is right now. So come back Monday if you’re looking for food. Right now, I leave you with a poem. This is the first poem I’ve written since high school, and I know God gave it to me. It was printed in the memorial bulletin, and I had so many people find me to share that they too had lost a child and it meant so much to them. I know I can’t lessen the pain of such a loss, but I hope that sharing this can somehow help bring some healing to those who need it.

Hold your children tight today. I know I am. 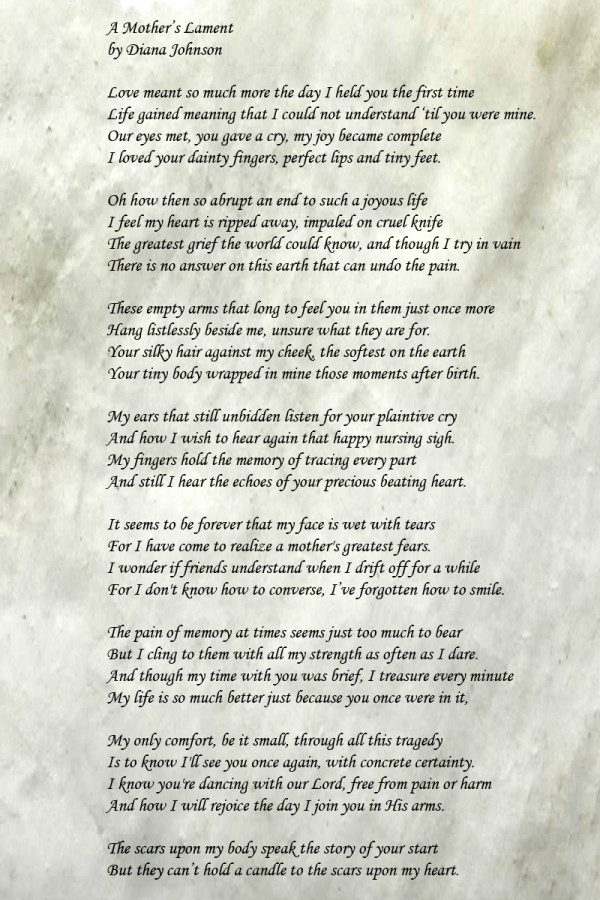 6 thoughts on “The Loss of a Child”