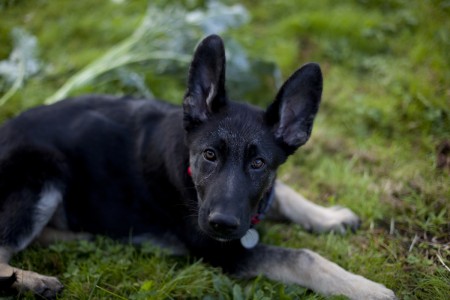 That’s right!  You may have noticed I’ve been a little quiet this month.  That’s because Eric and I were out of the country for a week, and got a brand new puppy the day we got home! 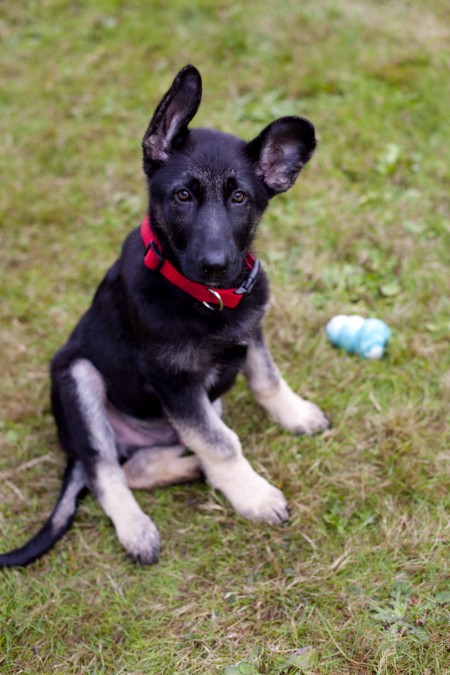 Meet Phurba Tashi Johnson (pronounced per-buh tah-shee).  He’s named after a famous sherpa on Mt. Everest.  When we saw the determination and strength of the original Phurba Tashi in the Discovery show, we were so impressed and said that if we ever got a dog we’d name him Phurba Tashi.  That day came and we think our Phurba Tashi is going to be a great hiker!

In the photo above he was 12 weeks old, and already big!  In the photo below he’s now 14 weeks old and is another 6 inches longer!  He grows SO fast! 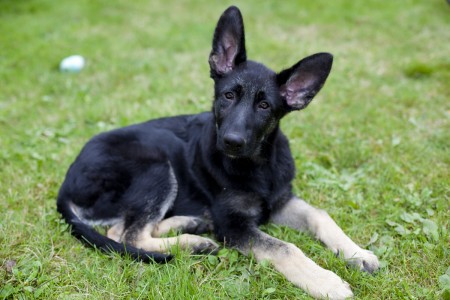 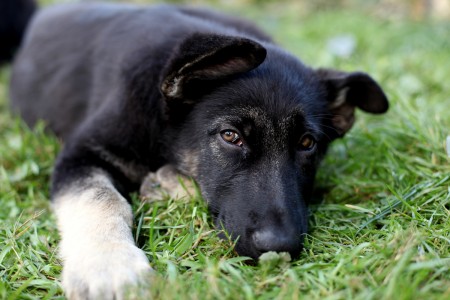 We met Phurba when he was 10 weeks old.  The breeders own a farm in Enumclaw, about 20 minutes from us.  He was the most playful and energetic of the three puppies that were left. 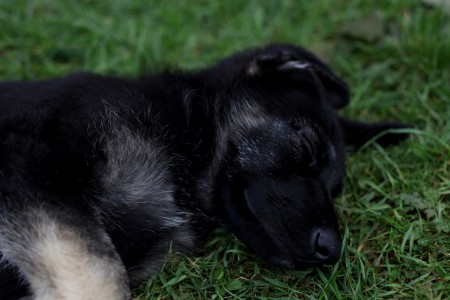 Of course, like all puppies, he slept just as hard as he played.  I think this cute picture the day we went to pick him out made me completely fall in love with him!  We had to wait to get him until we got back from our Mexico vacation.  Didn’t want to leave our exchange student to care for a puppy!

The day we brought him home we needed to give him a dish soap bath to kill the fleas from the farm he was born on.  He didn’t fight us but obviously didn’t really enjoy it. 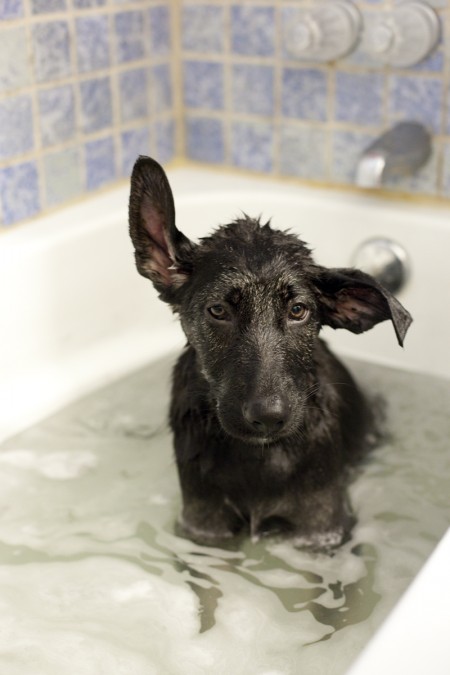 Look at those ears!  My mom says it reminds her of The Flying Nun. 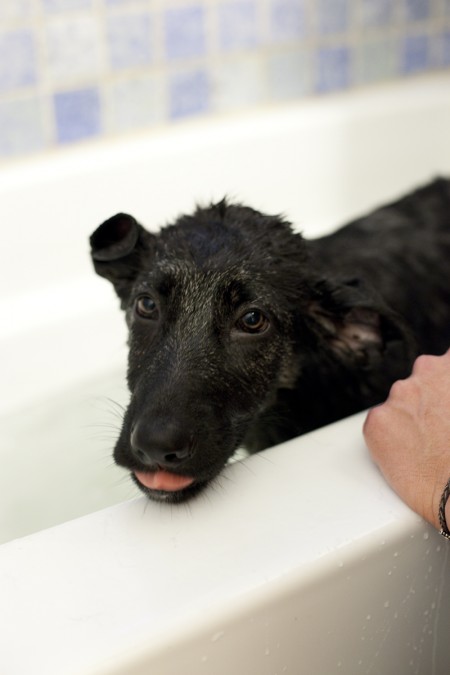 I think he was blowing a raspberry at me!!!! 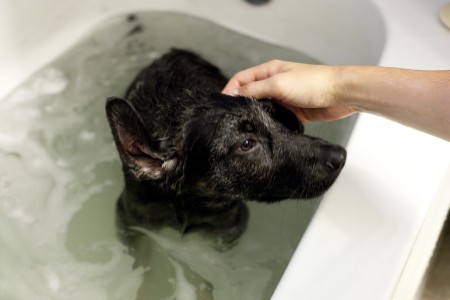 He and Eric bonded during the bath… 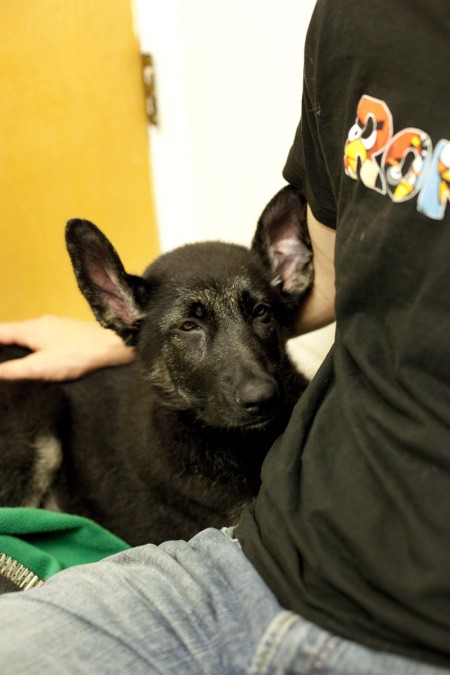 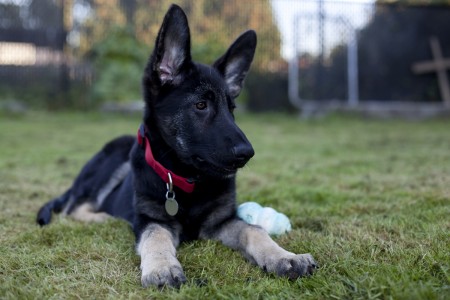 Phurba loves our huge backyard, though I haven’t yet been able to get him to realized that my raised beds are not a jungle gym for him to climb around on. 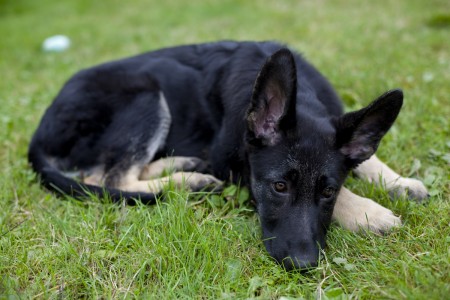 We’re working on being firm in our training with him, but he can really work the sad puppy eyes which makes it totally hard!  We’re not only training him in basic obedience, but also teaching him the importance of healthy eating. 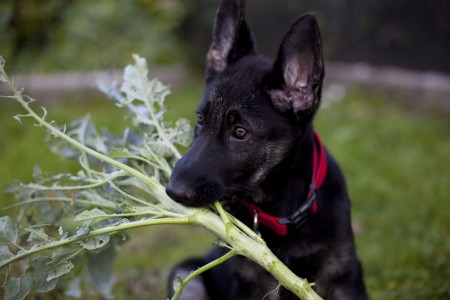 He’s a first learner.  When I pulled up my summer vegetables he claimed the broccoli for himself! 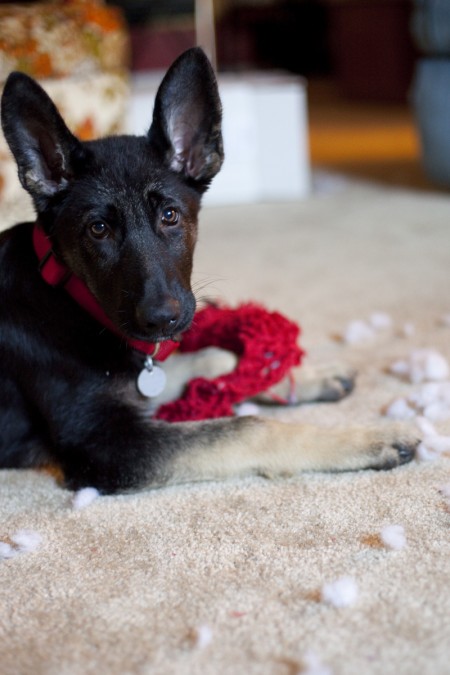 He hasn’t destroyed anything of ours yet, although the doggy stuffed animal we got him didn’t last long.  He killed it dead! 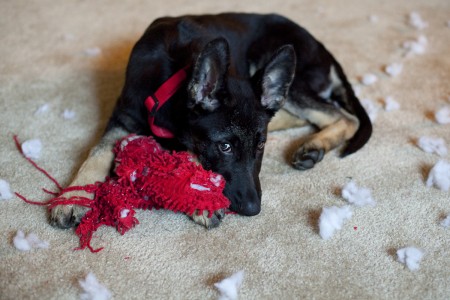 We learned our lesson and got him a great tug of war rope and a new stuffed animal just for bedtime. 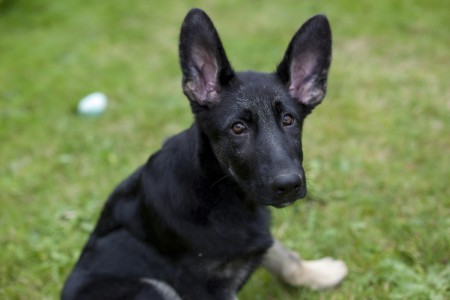 Now that he’s no longer leaving presents in the house (of the bodily funciton variety) I can return some attention to writing up all the awesome recipes I’ve been cooking up!  Up next are some delicious (and healthy!) pumpkin chocolate chip cookies, along with pictures of Phurba and Fred’s (our exchange student) first trip to the pumpkin patch.