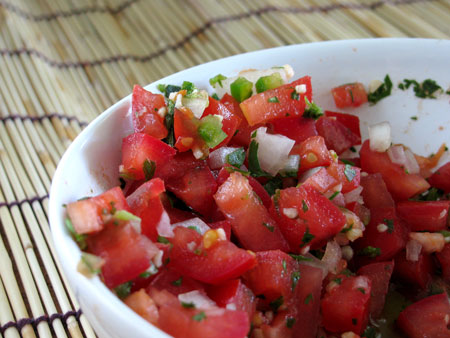 This is a difficult post to write, but the topic of racism has been weighing heavily on my mind lately.  I’ve been volunteering in the Cultural Diversity Department for the City of Auburn for almost a year now, and through that position receive enough information and current events about diversity and racism to overwhelm even the most avid learner.  Now don’t get me wrong, I love learning, and I know it’s important to at least have an awareness of the happenings of your community, country, and world.

What’s difficult is that so often as I sift through the information to find what’s relevant for our community, I read story after story of hurt that is forced on people based on their ethnicity, culture, religion, sexual orientation, or economic status.  I’d like to try to pretend that this isn’t a common occurrence, that I’m just reading a collective gathering of stories from across the country, representative of the few and not the many.  But I see examples all around me day by day.

I stopped at a store a while back (which I will not name because my intent is not spread anger or hate, but awareness) and was shocked by the way the Caucasian clerk treated the Hispanic woman in line in front of me.  As the woman, red faced with embarrassment, sifted through the contents of her purse to find some change to cover what her food stamps did not, the clerk began disparaging the woman for not speaking English and stealing American jobs.

She may have thought she was doing so under her breath, but it was certainly loud enough for me to hear at the end of the conveyor belt, and as the woman’s face turned a deeper shade of red and tears welled in her eyes, I became pretty certain that she understood exactly what was being said.

“Excuse me!” I butted in.  “That is completely inappropriate and unprofessional.  I will be speaking to your manager about this.”  Then I apologized to the poor woman as she handed over her change and rushed out of the store with shame written all over her face.

Again I’d like to pretend this is an isolated incident, but then I remember the times I’ve found hate propaganda against specific races plastered on light posts.  I began crying as my husband helped me to frantically rip them down in the hopes we could destroy the hate before it reached its target.  I’ve even gotten hateful comments on my blog that having nothing to do with the content other than using racial slurs for people who do or don’t eat whatever food I have in a certain post.

Our city (like the United States) is a beautiful place, rich with diversity, and most people embrace that and find it exciting.  But it only takes one bad apple to taint a beautiful thing, and I will fight bad apples for all I’m worth.  To me it’s not just because it’s the right thing to do, it’s personal.

Growing up in Hawaii was for the most part a wonderful experience.  The majority of the local people have a beautiful view of ohana (family) and once they welcome you in, you’re in for life.  But some locals were so bitter toward white people, and Hawaii is where I gained a unique experience that very few Caucasians ever have.  Sometimes, a person I didn’t even know  looked at the color of my skin, and hated me.

The sting of that goes straight to your soul, to the core of your being.  You feel guilt for being born the way you were, and confusion for why they judge you without even knowing you.  Then anger bubbles to the surface and you’re tempted to yell something hateful back, but no, you’re above that and don’t want to add fuel to their fire.  For 15 years I was the minority, and it gave me an understanding I hope I never lose.

So the next time you’re in the grocery store next to someone who looks different than you, instead of wondering (as that clerk was so quick to assume) if they’re stealing  jobs, or how they got into the country, choose to view them as a person, like you.  We’re all just people!  I don’t know the solution to immigration laws, in fact I’m so thankful that’s not my job because I don’t think there’s an easy answer.  But I choose to make everyone around me feel welcome, to embrace the diversity of America because that’s part of what makes it beautiful.

So in honor of that lovely woman who was in line in front of me, today brings a recipe for pico de gallo.  I asked one of the chefs at Club Med Ixtapa for the recipe for the pico de gallo they had out for us every day.  I finally made it last week and the freshness of it took me right back to Mexico! 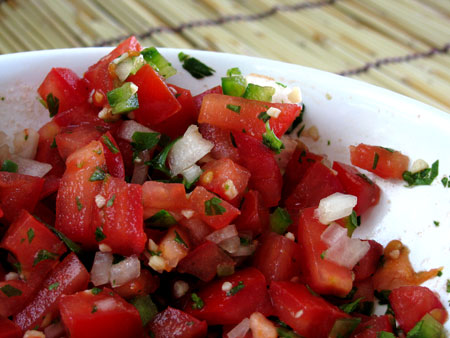 Mix all ingredients but the salt and pepper.  Cover with plastic wrap and refrigerate at least 10 minutes.  Taste and add salt and pepper as desired.

Approximate cost/serving: I bought all the ingredients at our Latino Market down the street for only 85 cents! Although I didn’t use all the onion and jalapeno, we’ll say it cost 85 cents.  It made 4 servings, two with tacos, and two with nachos the next day.  That means only 22 cents a serving!

Vegetarian/Gluten Free: Good to go on both counts.