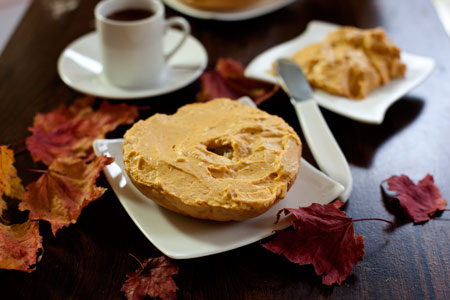 I’m a sucker for pumpkin cheesecake, it’s one of the few desserts that I have true difficulty resisting.  I don’t have a big sweet tooth but I’m quite the cheese addict and I love pumpkin recipes, put the two together and common sense goes out the window.  I set out to make a pumpkin cream cheese dip that could satisfy that craving but be a little lighter on my waistline.

This was very easy recipe to come up with, and boy did I have fun testing as I went!  I’ve made this a few times using either canned pumpkin or fresh pumpkin puree I made myself.  I found that my homemade pumpkin puree tends to have more water than the canned variety so if you’re using canned pumpkin you can use equal parts pumpkin and cream cheese for a nice thick pumpkin cream cheese spread. 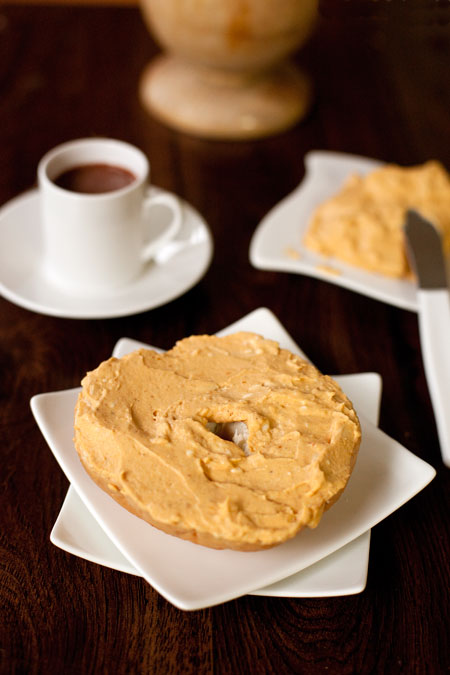 If you don’t mind a thinner sweet cream cheese dip you can use equal parts fresh pumpkin puree and cream cheese, but if you want it thick for spreading cut the puree down to 1/2 cup or increase your cream cheese to two cups.

If you have pumpkin pie spice you can substitute 1 1/2 tsp of it for the various spices I use.  I don’t buy pumpkin spice because it’s made of spices that I use all the time so it’s cheaper to just make my own! 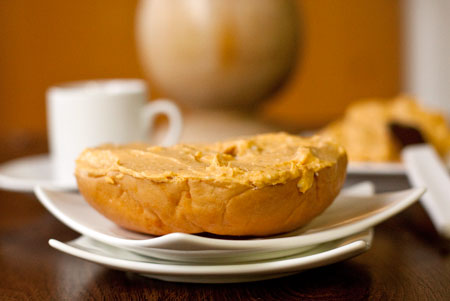 I’m especially excited about this recipe because it means I now have a pumpkin breakfast recipe to add to my collection of fall recipes.  This spread is amazing on bagels or English muffins.  Hmmm, maybe I need to come up with a pumpkin bagel recipe to spread it on, or would that be overkill?  This time of year I just can’t seem to get enough pumpkin! 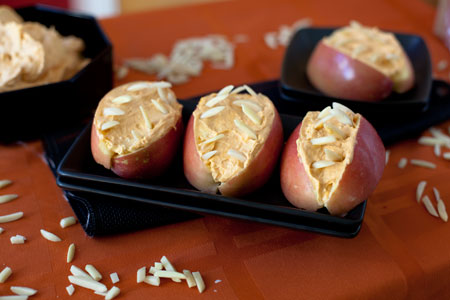 If you’re in need of a fun snack craft for kids, this is a great recipe to make Monster Mouth snacks with.  I’ve seen these made with peanut butter and mini marshmallows before.  But for the YMCA fall social I needed a healthy snack that kids could make themselves that was peanut free (because of potential allergies). 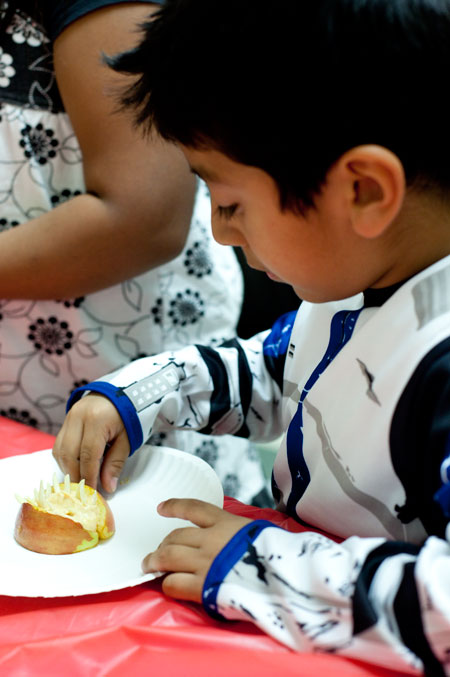 Marshmallows were out due to the requirement of a HEALTHY Halloween snack activity.  So I decided to try out slivered almonds.  They worked great and it was really cool to see so many kids who had never tried almonds before asking what they were and nibbling on them as they carefully arranged their monster fangs. 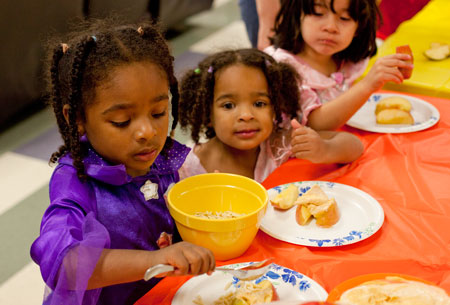 A lot of the kids were really excited about the “pumpkin frosting” they got to put on their apples.  Several kids took 8 apple slices and a dollop of dip after finishing their monster mouth off.  The parents were excited that this was healthier than cake frosting and got their kids excited to eat apples and nuts.  But now that I think about it, this could be a GREAT cupcake frosting.  I’ll let you know if I try it out. 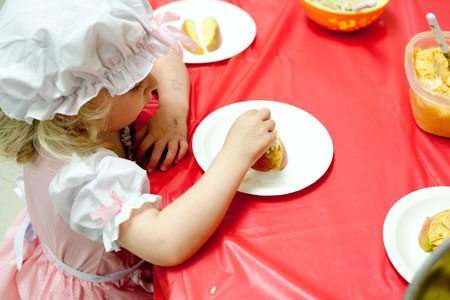 One last tip for making this dip/spread at home. I made it in my stand mixer and always seemed to have some little lumps of cream cheese.  An immersion blender easily got all the lumps out and made the mixture even smoother.  If you don’t have an immersion blender make sure you let the cream cheese get to room temperature and cream it well with the sugar and vanilla before adding the pumpkin.  That will help minimize lumps.

Okay, my pumpkin craving is satisfied for this week, do you have a favorite pumpkin recipe? 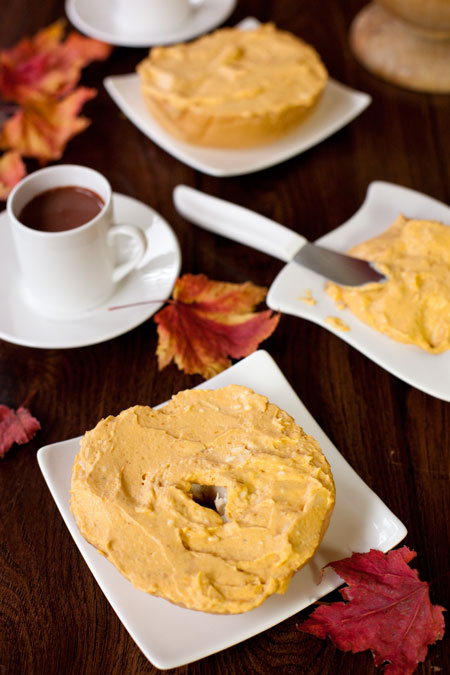 Beat together the cream cheese, vanilla and brown sugar. Add pumpkin puree and spices then mix until smooth and creamy. Spread is best served after being refrigerated for an hour.

Approximate cost/serving: You save a lot of money if you make your own pumpkin puree.  I buy cream cheese in bulk at Sam’s Club which also helps. The whole batch cost around $1.50 to make which at 2 TBS a serving is 16 servings so just 9 cents a serving!

Vegetarian/Gluten Free: Yes and yes, just make sure to spread on your favorite gluten free bread or use on apples instead!