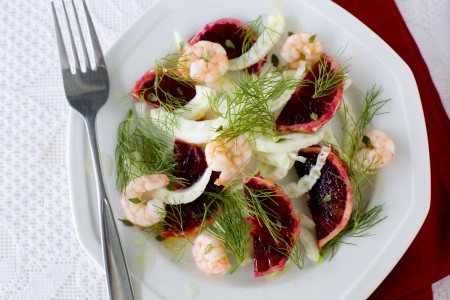 Fennel is such a fun looking vegetable that I’m always interested in finding new ways to use it.  Fortunately I have The Flavor Bible to help me decide what ingredients to use in creating new fennel recipes.  If I had to choose just one cookbook, that would be it.  There are no recipes, but pretty much any flavor or ingredient you can think of ﻿is listed with every other flavor that goes well with it.  By going through the listing for fennel, and thinking of what ingredients I had on hand, I was able to create a refreshing spring salad without having to go out and buy anything!

We have our first exchange student staying with us, and I think this salad is the first food he ate in America.  There was a bit of a mix up about his flight.  The paperwork we got from the school had a typo saying he came in at 6:30am on Friday.  Then when we called we found out that flight was actually coming in at 6:30pm.

Relieved that we got to sleep in, I worked on organizing the freezer, fridge and cupboards Friday while Eric went in to work.  At 3pm we got a frantic phone call from the school saying that our student took a different flight and had been at the airport for 8 hours!  I had put this salad together for Eric and I for lunch, so tossed it in two plastic containers (one for Eric one for the student who might be starving!) and jumped in the car when Eric pulled up. 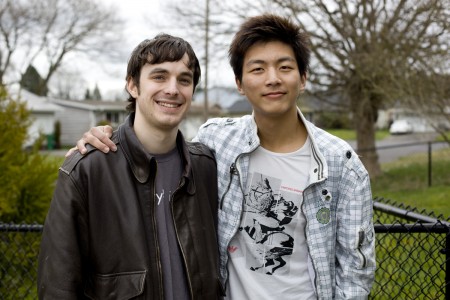 When we arrived, Yu Yang (pronounced You Yan) was patiently waiting outside the baggage claim area.  We apologized profusely and I asked if he was hungry to which he politely said no.  Five minutes later, wondering if he may not have understood, I handed him the salad and fork and a pack of crackers and said “Food for you.”

His eyes lit up and he said “Oh thank you!”  It was at that moment that I realized he had probably never used a fork before.  He confirmed this that night when I gave him﻿﻿ chopsticks to eat dinner with and he was shocked we would have some.  He said lunch was his first time using a fork. 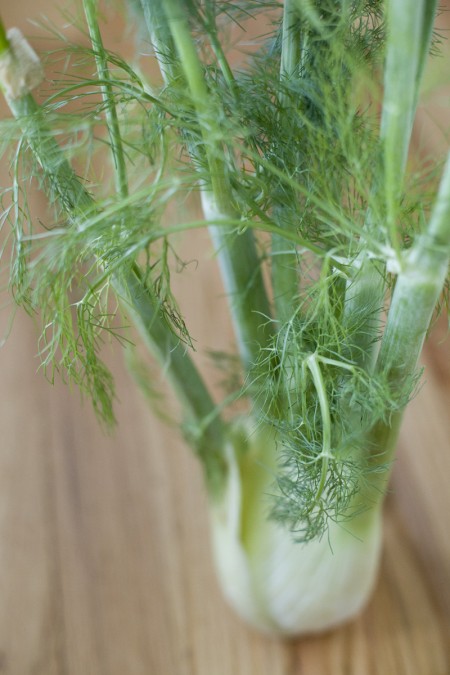 Yu Yang is one of the most polite young men I have ever known.  Saturday he helped Eric do dishes while I was out having coffee with a friend.  Yesterday he asked to﻿ come to the store with me.  I had so much fun walking through the produce section telling him how to say the names of different fruits and vegetables.  He is very curious and loves to learn.  Since I love to teach, we make a good team.

He also insists on carrying the basket and grocery bags for me and, though he had never ridden in a car before Friday, has picked up on Eric’s habit of opening my door for me.

Basically, we really love him and feel like he is already a part of our family.  We are SO happy to have him staying with us.

Now, for the salad.

I was excited to use blood oranges in this recipe.  I had bought a few at the grocery store because they were on sale and just so pretty!  Although I prefer the taste of tangerines, the color of the blood orange juice is so striking with the pale fennel, and the slight bitterness of the blood orange does a great job of mellowing out the licorice flavor of the raw fennel.

Citrus, shrimp, olive oil and apple cider vinegar were all listed as good pairings for fennel.  That made it easy to create the salad.  I decided to keep it simple with just the fennel, shrimp and blood oranges and a very basic apple cider vinegar dressing.

I considered using lettuce in the salad, but with so many little lettuce seedlings ready to go in my garden, I just couldn’t stand running out to buy some.  I decided that forgoing lettuce was the more responsible choice, and actually don’t think I would add it, even if it was in season! 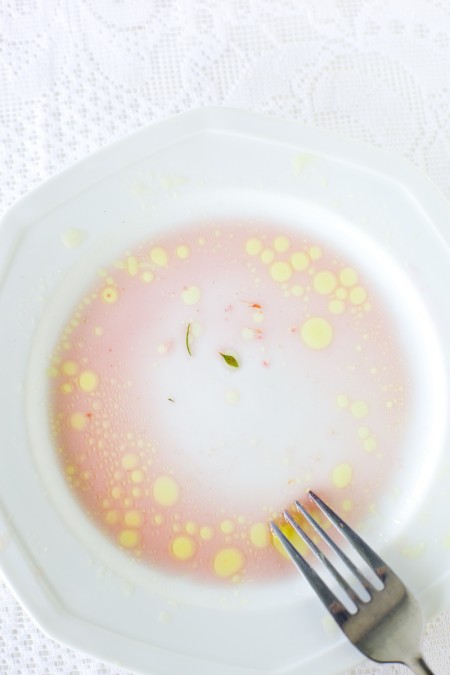 If you serve this, you may want to show the people eating it what fennel is before you chop it up.  Eric thought the bulb was a flavorless onion.  Yu Yang thought the fronds were grass!  I showed him the stalks when we got home and it seemed to make more sense to him then.

If you’re not sure when fennel or other produce is in season, check out my post on Eating in Season. 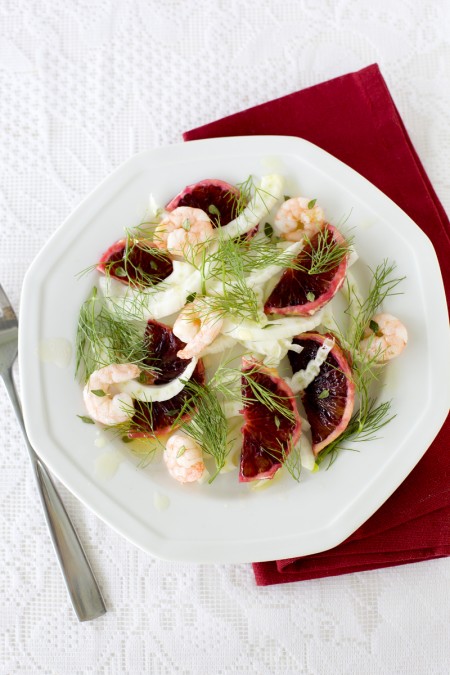 Approximate cost/serving: This is a slightly expensive salad if you get your fennel at the grocery store, it’s $2.50-$3 for me.  I’m planning to start growing my own.  It cost about $4.80 to make this salad so $1.20 per serving.


We'd love to keep in touch. Be sure to sign up for our newsletter and get your free download of our favorite healthy cute kid snacks.

Posts may contain affiliate links. If you purchase a product through an affiliate link, your costs will be the same but Eating Richly Even When You're Broke will receive a small commission. This helps us to cover some of the costs for this site. Thank you so much for your support!
Nutritional and cost information is for estimating purposes only, and subject to variations due to region, seasonality, and product availability.
Cauliflower Macaroni and Cheese Recipe
Homemade Mayonnaise and Hunger Action Week