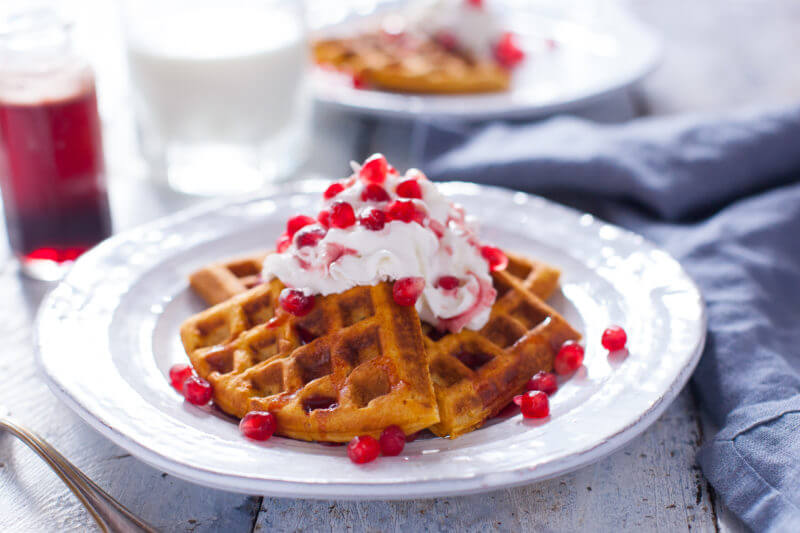 This sweet potato waffles recipe makes perfectly crisp, healthy waffles, and tops them off with an amazing sweet and tangy pomegranate syrup. You’ve got to try it to believe it! 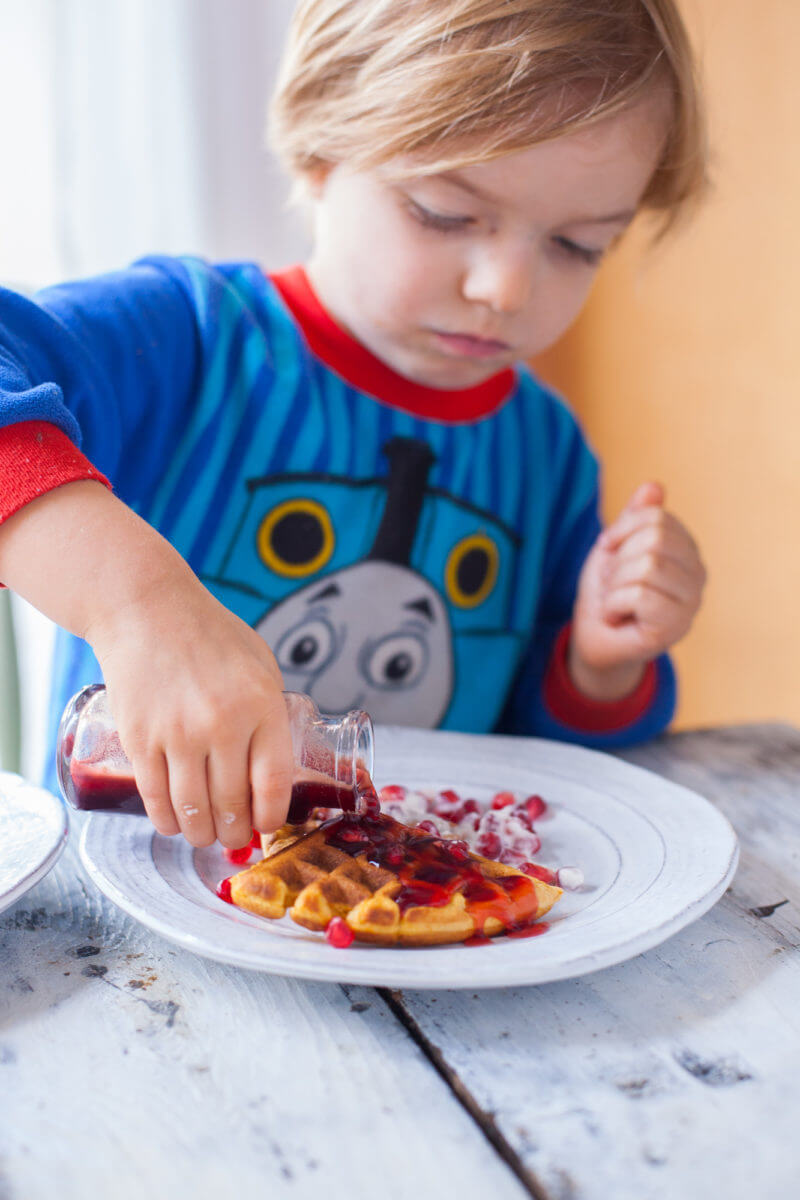 There is something about a special, one of a kind, breakfast that makes a holiday morning feel magical. While this sweet potato waffles recipe could work for a birthday, or Valentine’s Day, I think it’s especially perfect for a Christmas breakfast. 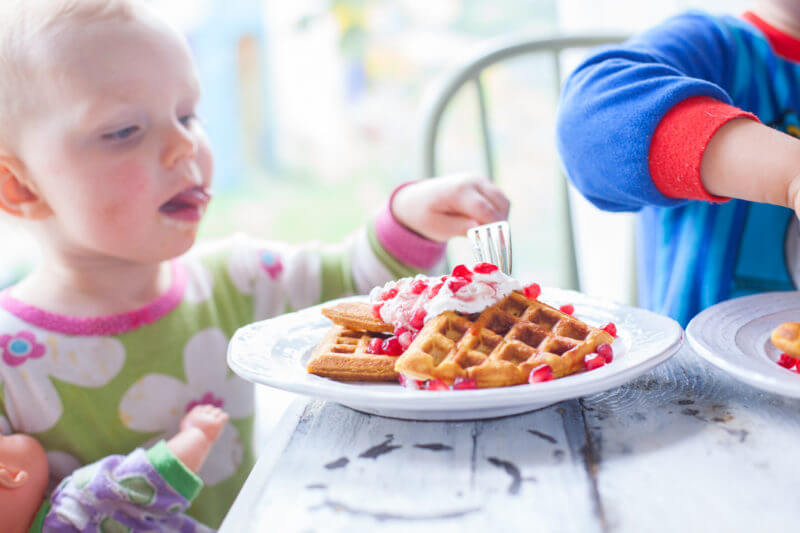 You can even make the waffles and syrup in advance, and simply toast the waffles in the oven on Christmas morning. 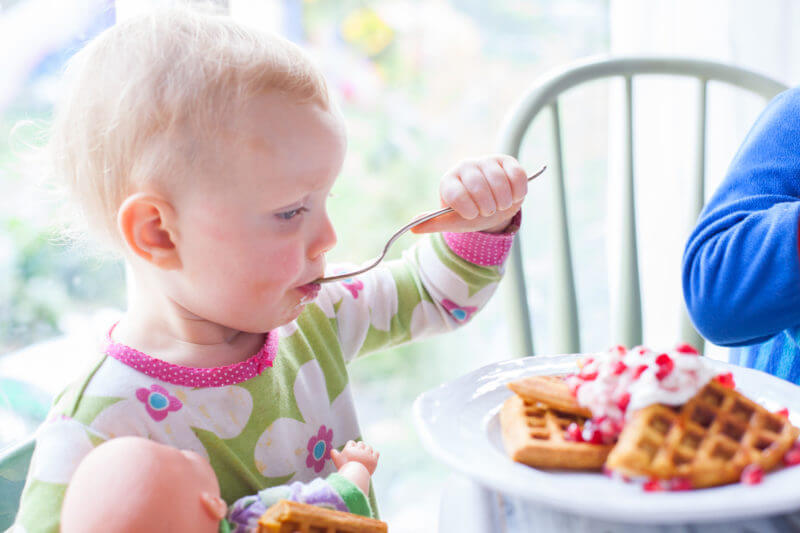 I had the kids help me make the waffle batter earlier in the week. It’s full of healthy ingredients like whole wheat flour and pureed sweet potato. 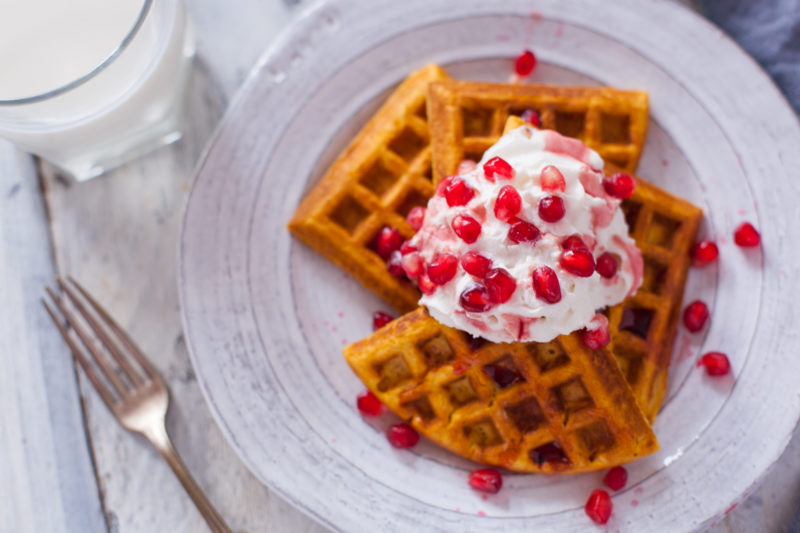 The egg whites are whipped separately and folded into the batter to help make the the waffles crispy on the outside, with fluffy tender insides. 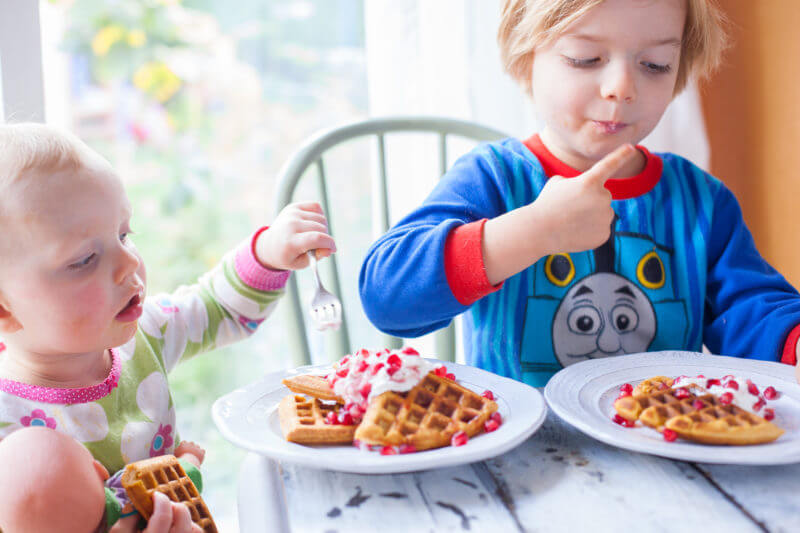 Once the kids went to bed, I cooked the batter in the waffle iron (We love the Waring waffle iron, and it makes two at a time!), and let the waffles cool while I boiled the pomegranate syrup. Then the syrup and waffles went into the fridge, ready to surprise the kids bright and early. 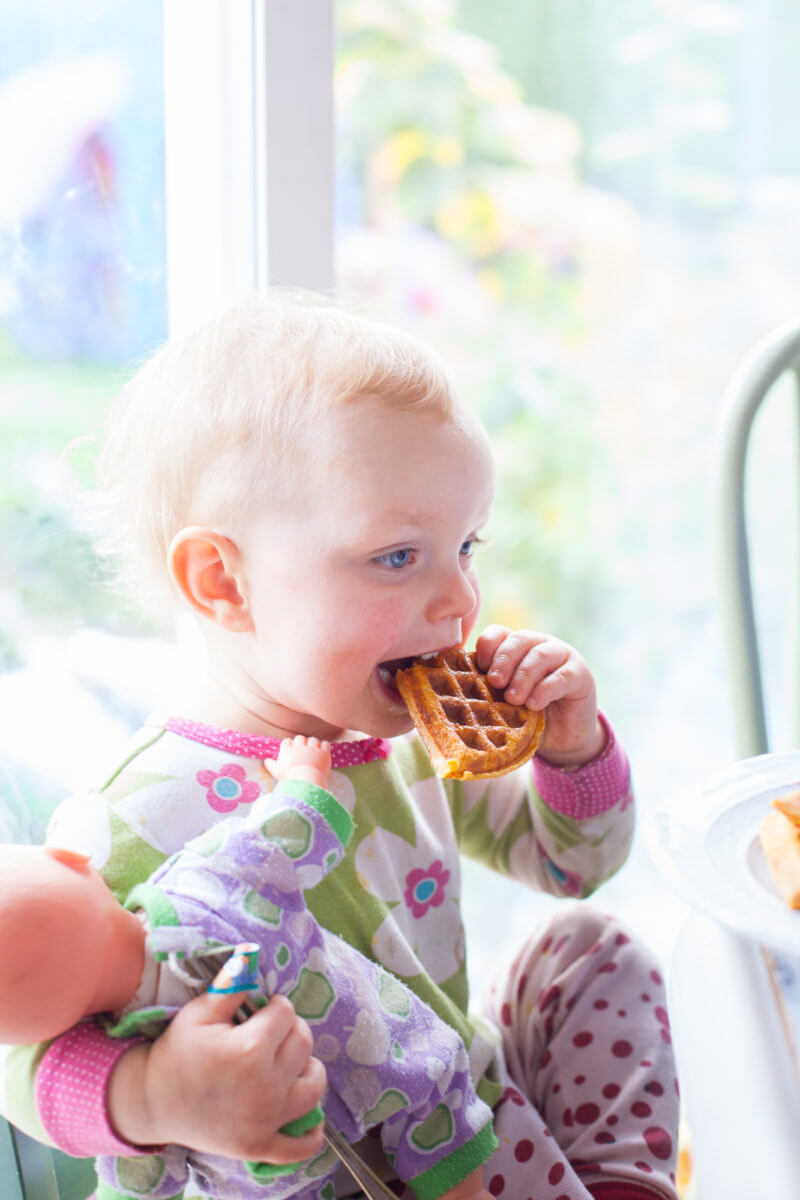 The waffles are easy to toast right on the oven rack at 350 degrees. Once they’re warm, you can top them off with some whipped cream, pomegranate syrup, and a sprinkling of pomegranate seeds. 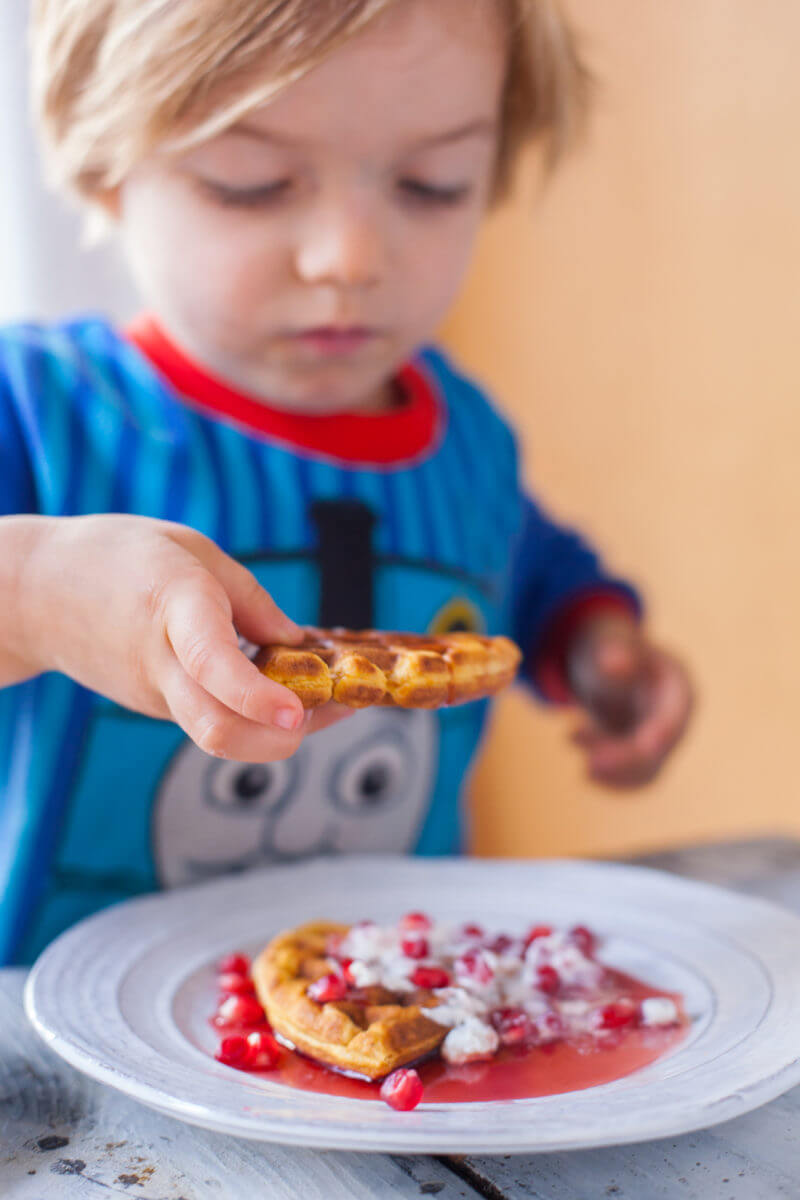 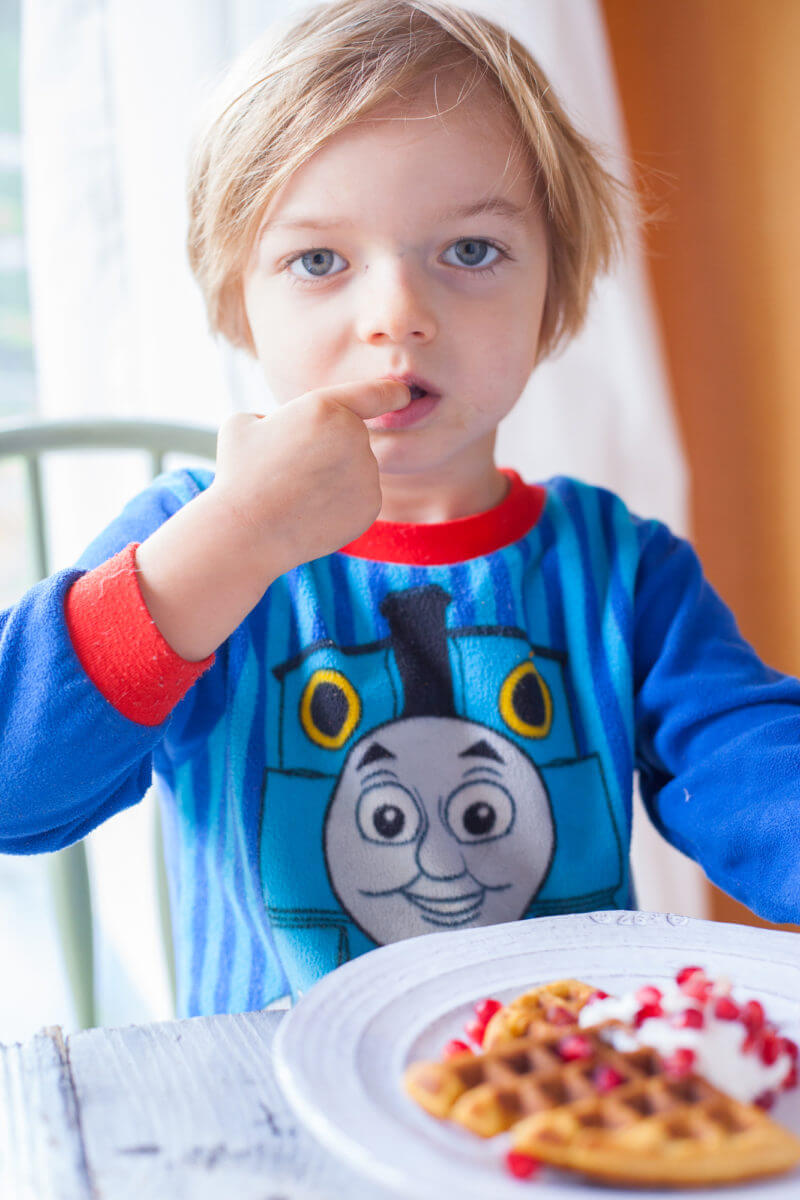 You may want to let your kids try some pomegranate juice before you turn it into syrup. I did not think to do that, and just called it pomegranate syrup. Well Corban was expecting it to be completely sweet like maple syrup, and was a bit surprised by the tartness.

Fortunately, once he got past the surprise, he really liked it. 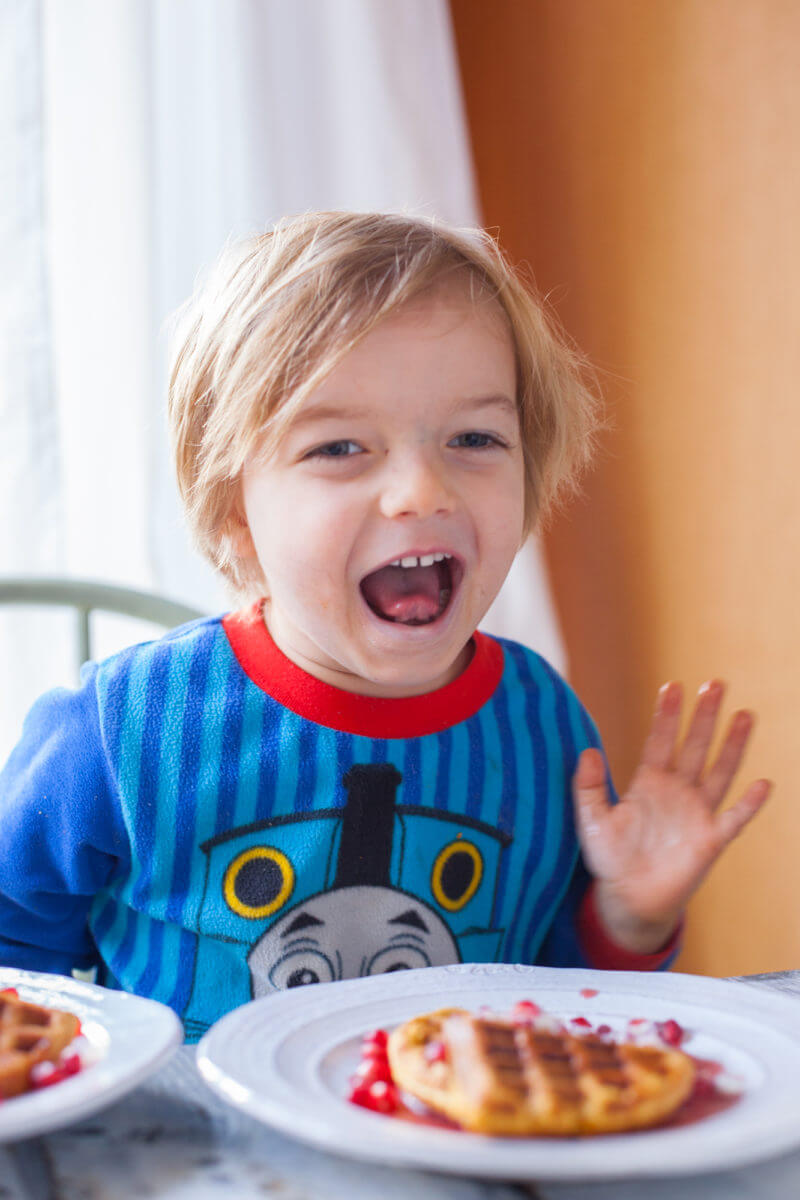 He also figured out that I thought the faces he made were hilarious, so made some more for me. Camera ham! 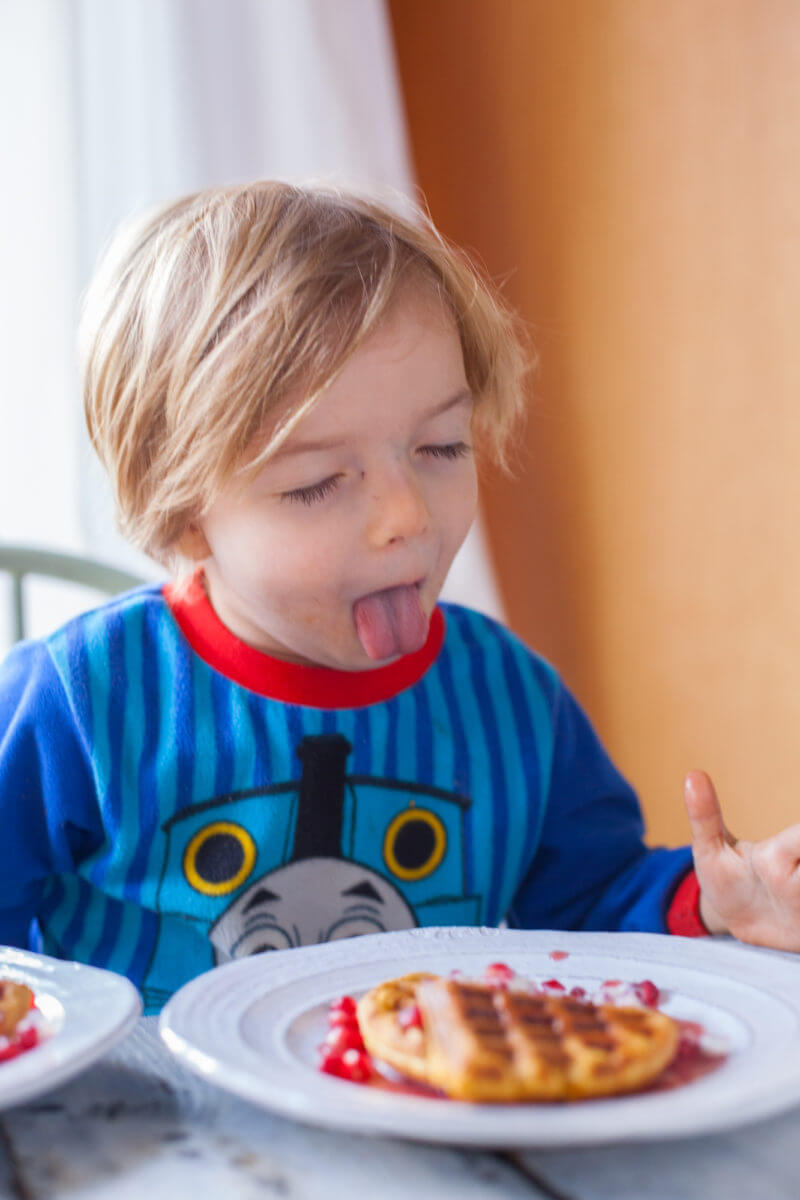 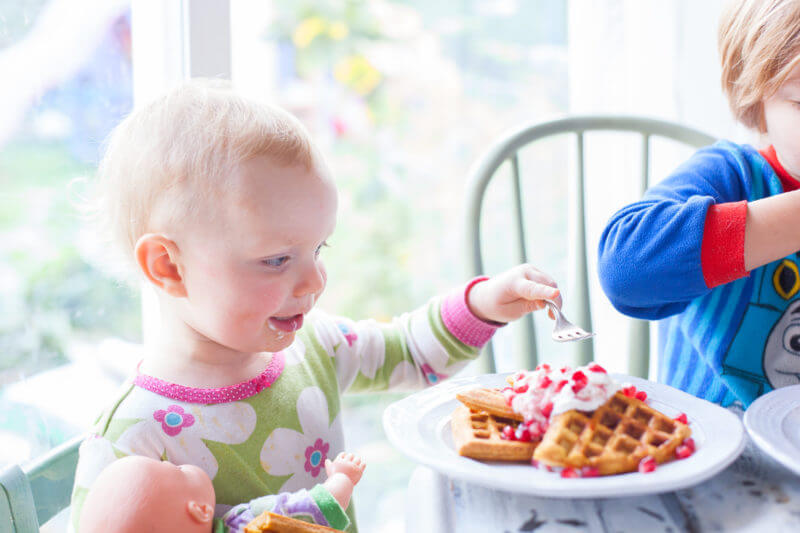 Do you have a favorite breakfast tradition for a special holiday? We’d love to hear about it in the comments! 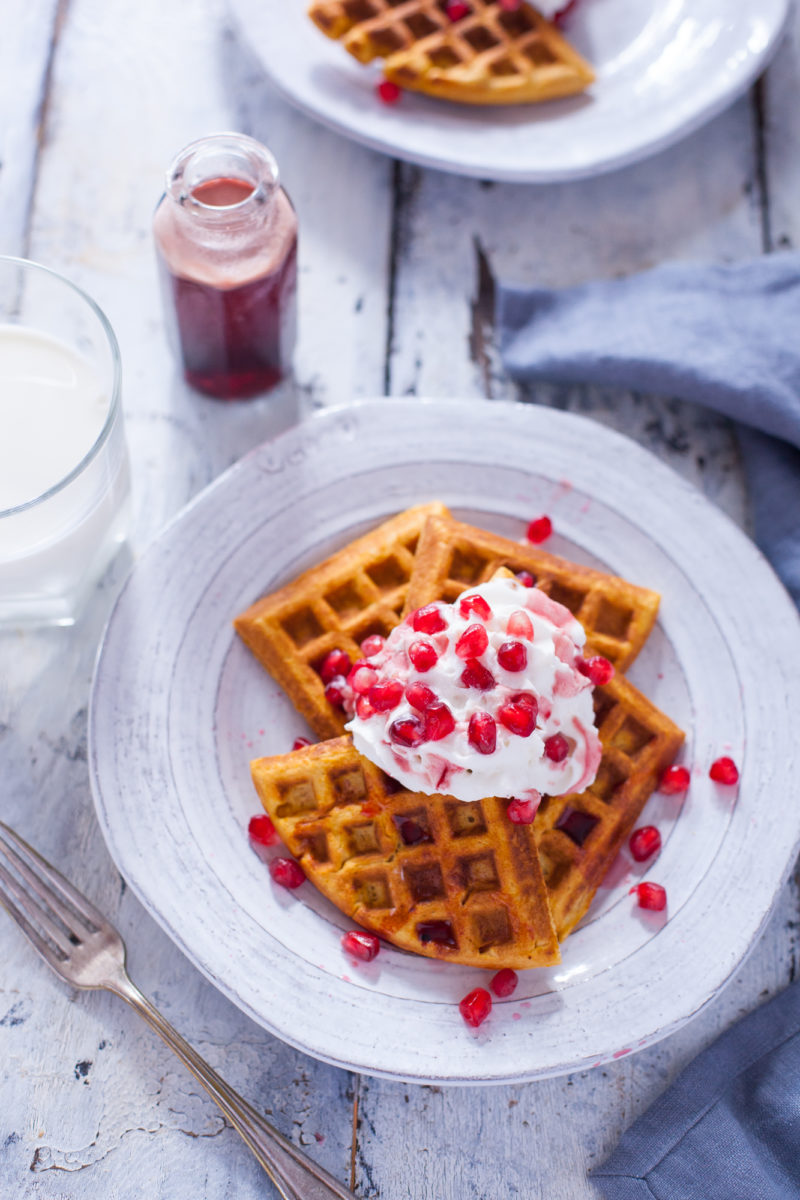 Here’s a few suggestions for making this sweet potato waffles recipe for your family. By clicking one of these links before making ANY purchase on Amazon, we get a small percentage of your purchase, without it costing you anything extra! Thanks for helping to support our family business.

PIN TO SAVE THIS SWEET POTATO WAFFLES RECIPE: