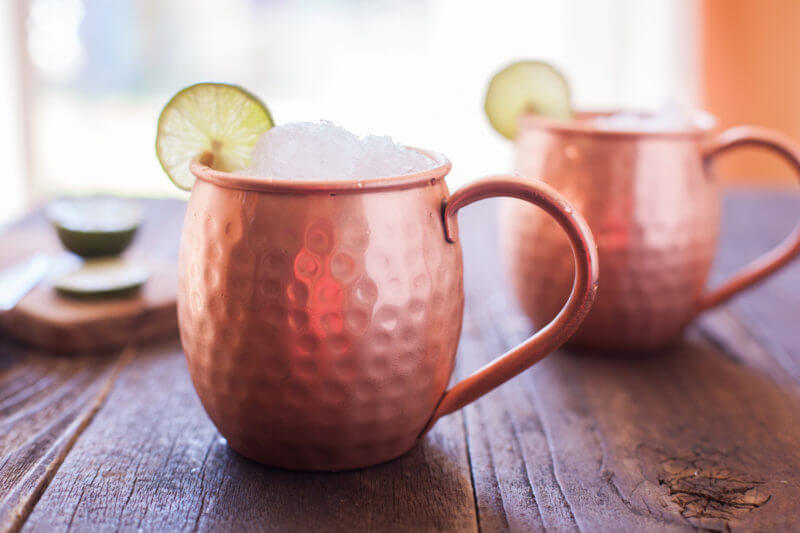 A traditional Moscow Mule recipe is a simple vodka cocktail that’s perfect for a hot day. There are all sorts of fun variations, but today we’re keeping it classic. 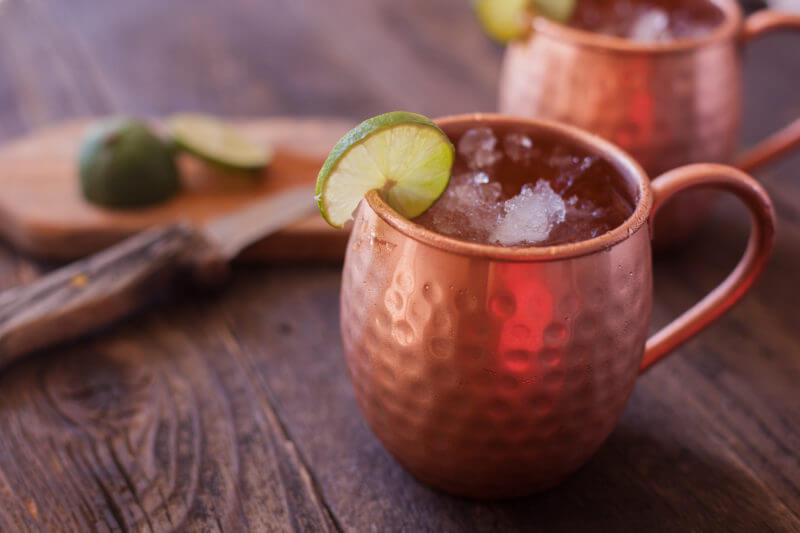 The Moscow Mule is thought by some to have been invented by John G. Martin, President of G.F. Heublein Brothers Inc. (an American spirits distribution company), and “Jack” Morgan, President of Cock ‘n’ Bull Products (which produced ginger beer), and Rudolph Kunett, president of Pierre Smirnoff (the vodka division of Heublin).

A 1948 story in the New York Herald Tribune quotes one of the creators:

“As Jack Morgan tells it, “We three were quaffing a slug, nibbling an hors d’oeuvre and shoving toward inventive genius.” Martin and Kunett had their minds on their vodka and wondered what would happen if a two-ounce shot joined with Morgan’s ginger beer and the squeeze of a lime. Ice was ordered, limes procured, mugs ushered in and the concoction put together. Cups were raised, the men counted five and down went the first taste. It was good. It lifted the spirit to adventure. Four or five later the mixture was christened the Moscow Mule–and for a number of obvious reasons. ” “ 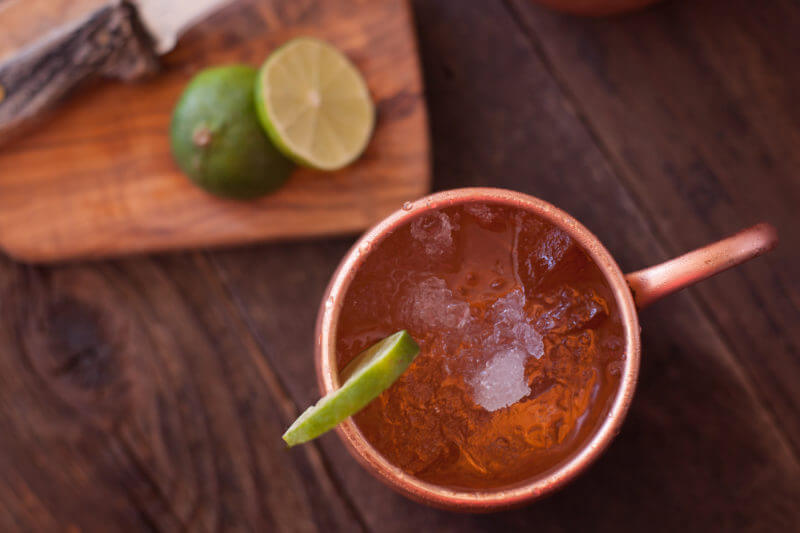 But a Wall Street Journal article poses the idea that it was actually created by the head bartender for Cock ‘n’ Bull:

“I find more truth in the story told by Morgan’s head bartender, Wes Price, who maintained that the drink was fashioned sometime in 1941 in an effort to offload otherwise unsellable goods. According to Price, Martin had imposed a shipment of Smirnoff on the Cock ‘n’ Bull and the cases sat fallow in the cellar, crowded against the dusty jugs of ginger beer that Morgan had ordered in an earlier fit of misguided enthusiasm. “I just wanted to clean out the basement,” Price would say of creating the Moscow Mule. “I was trying to get rid of a lot of dead stock.” The first one he mixed he served to the actor Broderick Crawford. “It caught on like wildfire,” Price bragged.”

Either way, a traditional Moscow Mule recipe must be served in a copper mug for true authenticity (though the true history behind the mug is rife with controversy as well!).

I’ve tested a lot of different copper mugs and find that while these handcrafted copper mugs are a bit pricier, they are so worth it! They have a heavy duty feel, a gorgeous hammered finish, and maintain a beautiful aged patina with use rather than spotting as some cheaper mugs containing nickel do. 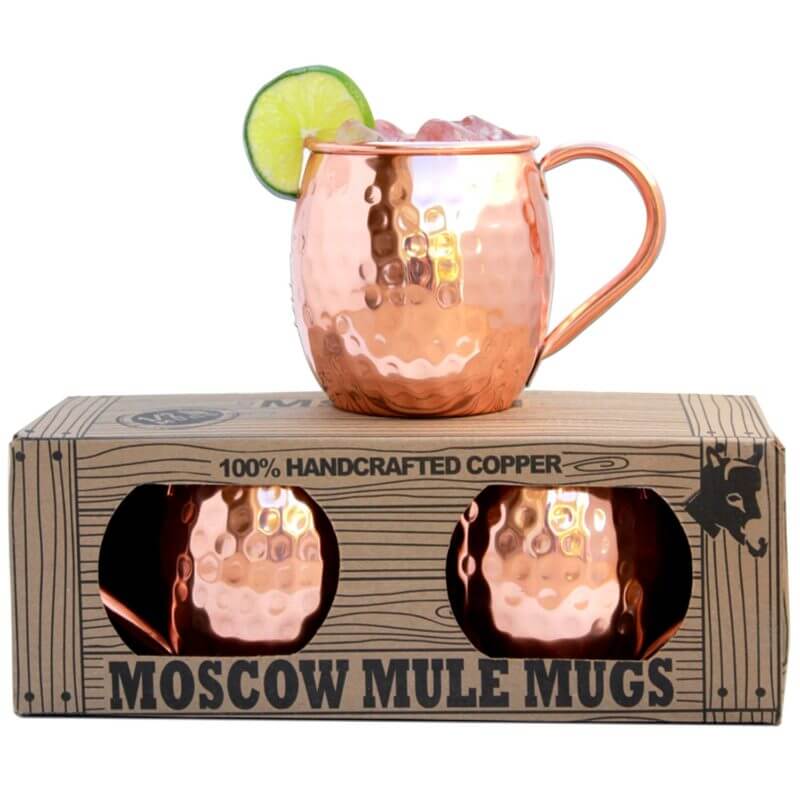 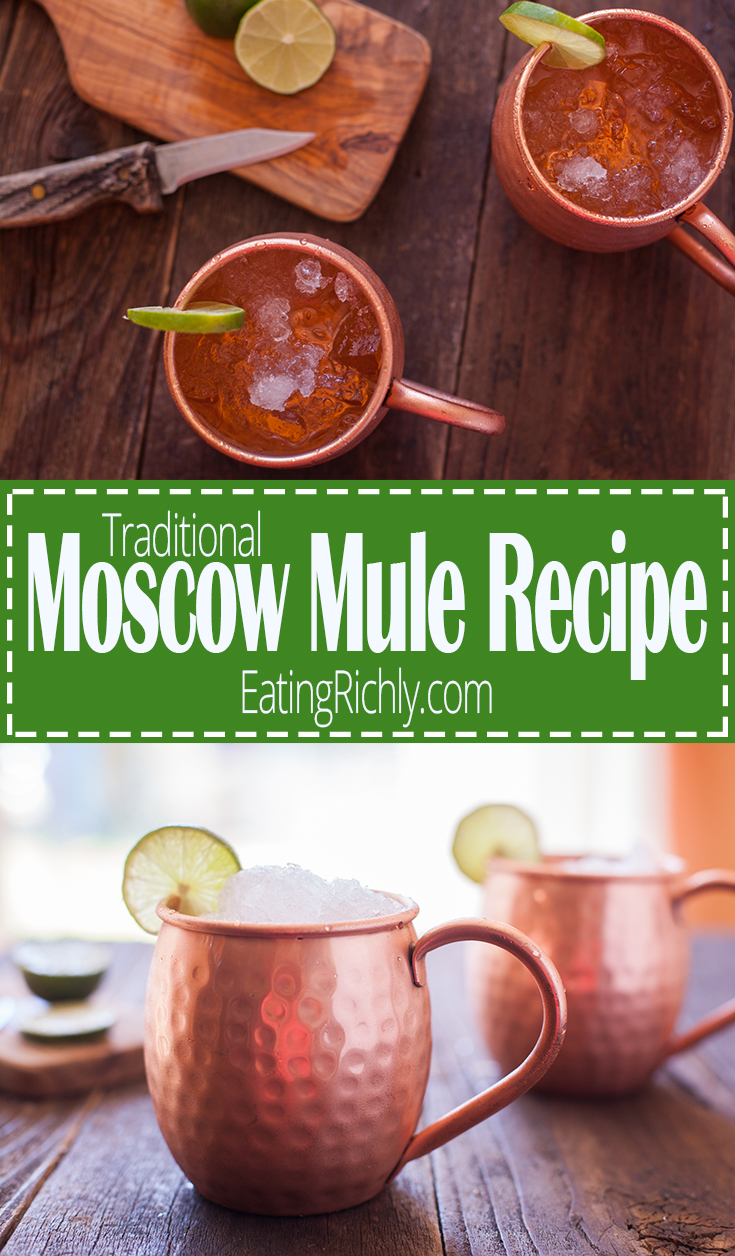