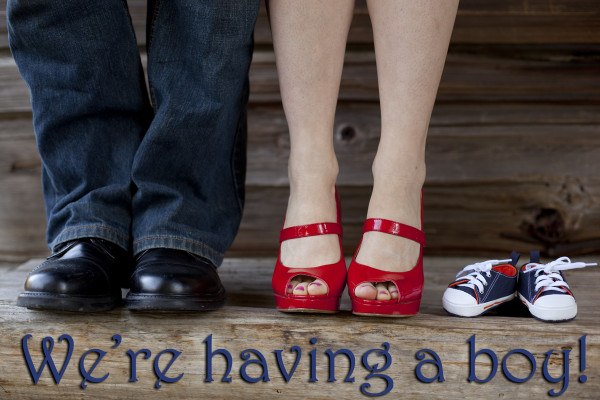 It’s a boy!!! We are beyond excited to learn that our little kalamata olive, who’s now the length of a banana, is a little Eric Jr.  In fact that announcement from our midwife was just what I needed to pull me out of weeks of hidden depression.

Thursday started out as an absolutely horrible day. I was majorly depressed, accidentally hurt myself at work, feeling completely overwhelmed by some situations out of my control, and still sick from the cold I got in Atlanta.  I started crying the moment I got into my car to leave work, all the way home, and then all the way to the midwife appointment with Eric.

When we got there and she asked how I was doing, I started crying again.  Especially when she asked if I felt the baby moving yet.  I shared with her that not only had I not felt the baby move yet, but I also hadn’t felt any emotions about the baby or being a parent.  I told her how I’ve only been excited intellectually ever since finding out we were pregnant; I knew we were going to have a baby, I knew we were going to be parents, and I wanted those things, but I didn’t feel an emotional connection. 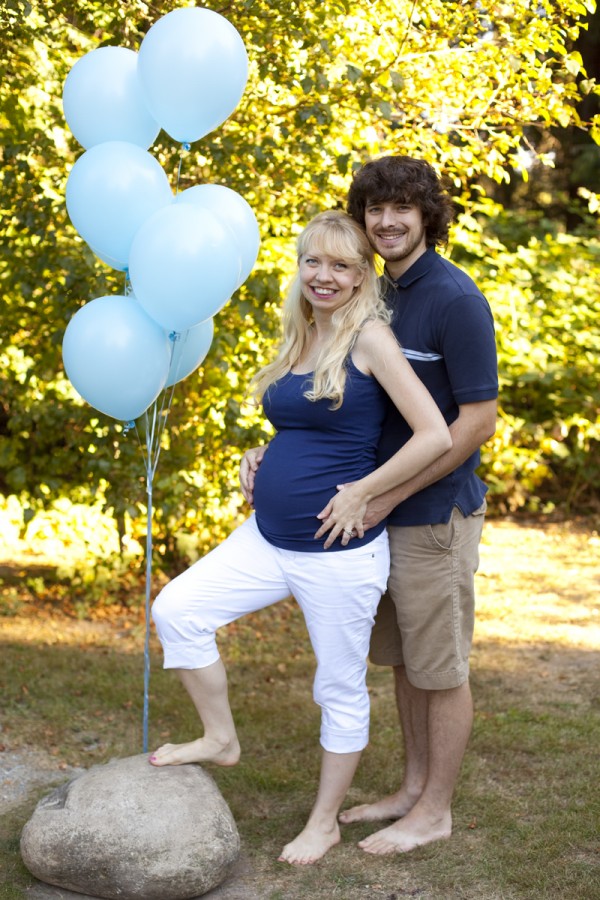 It’s been especially hard because so many other women I know and love are pregnant with me, and crying tears of joy for their pregnancy, which left me feeling like a horrible mother for not being able to do the same.  It also left me feeling very alone and afraid to talk about my pregnancy with anyone, especially other pregnant women.

Our midwife was so understanding and asked me the evaluating questions that Eric and I had already been asking, basically if the depression has kept me from being able to get out of bed or function normally, to which the answer was no.  We told her that we’d decided to give it to the end of September to let me get over this awful cold and let all the changes at work get settled.  I should also be feeling the baby move by then so we were hoping that by October first the depression would have lifted. If not we’d try counseling before medication. 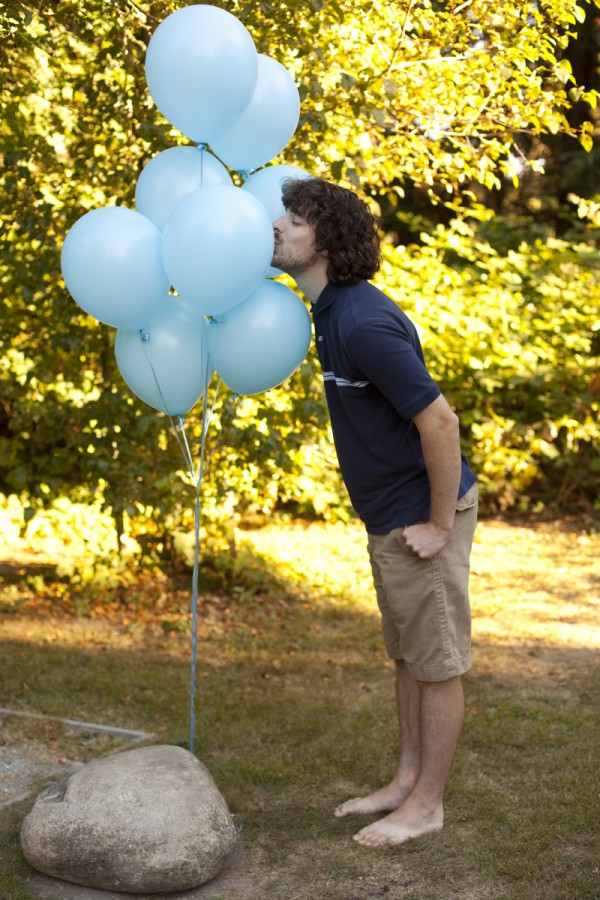 She told us that sounded like a wise plan and said illness during pregnancy is enough to make anyone depressed, especially in addition to stress at work and a messy house because we’ve both been too sick to do any cleaning.  Plus don’t forget the hormones on overload! She also told me that she suspected feeling the baby move will make a big difference in my emotional connection.  Then she asked if I wanted to take a look at the baby. 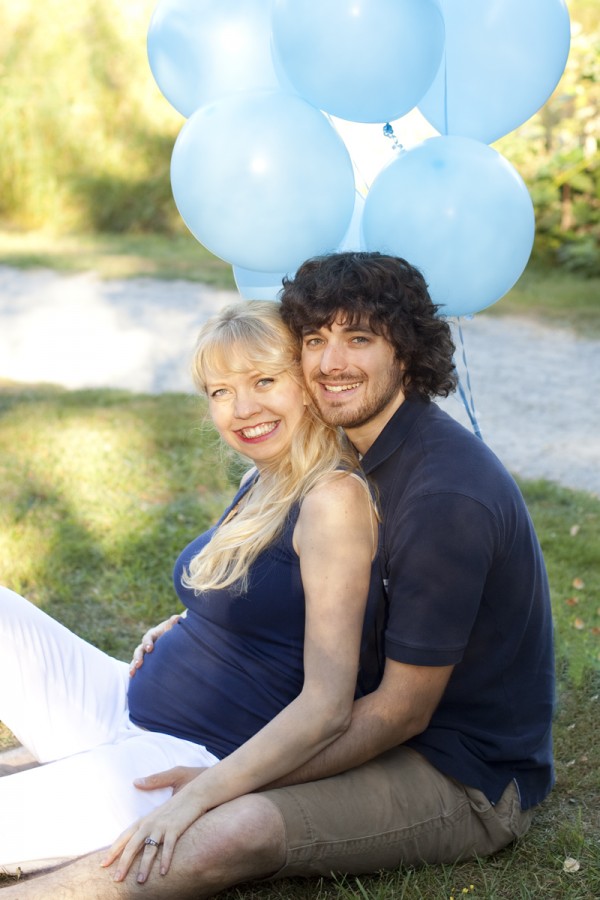 Our big ultrasound at a clinic isn’t scheduled until September 18, but she has a smaller machine and said we could take a look.  As soon as she saw the baby, she knew the gender and asked if we wanted to know.  We eagerly said yes and she showed us an angle from the bottom up where we could see the hip bones and what she called “the little flag” sticking up between them.  “It’s definitely a boy.”  She announced. 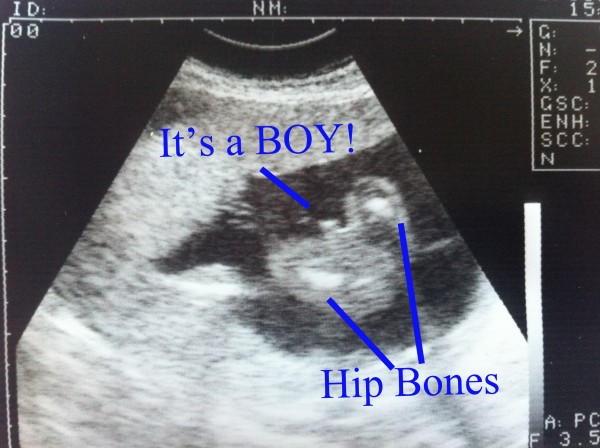 I started crying again, only this time tears of joy.  While we would have been happy and equally in love with a girl, we really wanted a boy and were so thrilled to learn that’s what we were having.  As we watched our baby (who actually looked like a baby with hands and feet and not a tiny white blob) jump and kick and swim, I finally felt the emotions rushing in. 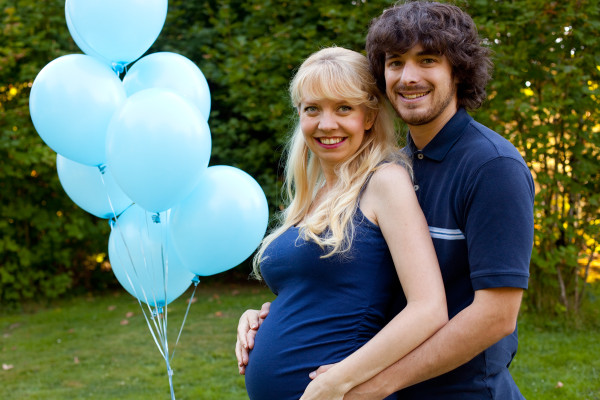 The rest of the day I was on cloud nine as I called parents and siblings to tell them the good news.  That night I lay in bed concentrating on my belly and could actually feel the baby moving. I began planning our photo shoot for the next day, and realized that now Thursday felt like the best day ever!

So Friday (after doing some much needed housework) we went to a consignment shop to buy our first pair of little boy shoes, then a party store to get some balloons. 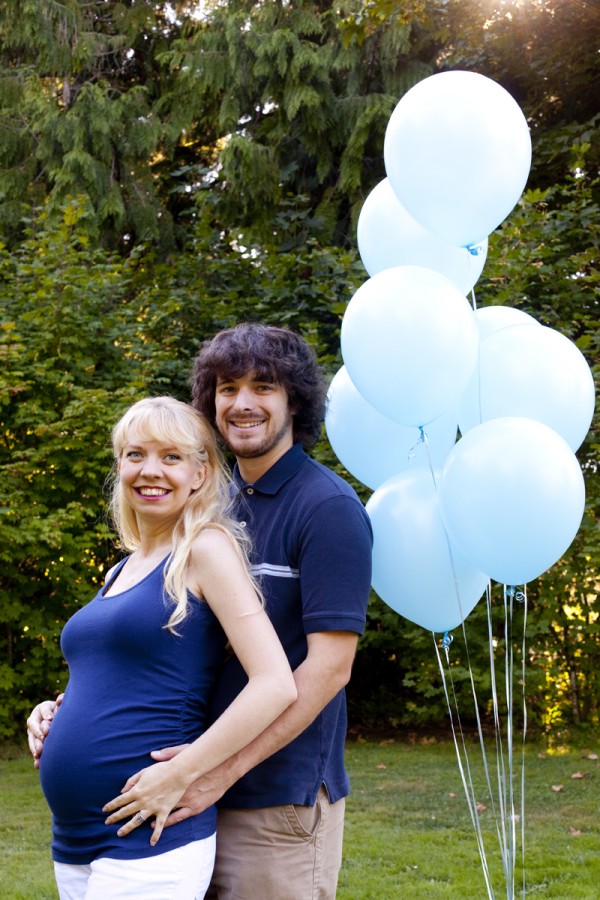 At a nearby park we set up the camera on a tripod and I used the timer function to take the photos.  We got some great ones, and even had a nice stranger who was there with an infrared camera offer to take some pictures! That’s one hot baby in my belly 🙂 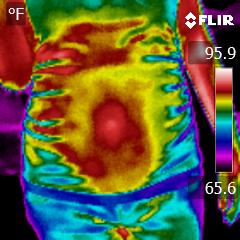 After that we  had a celebratory dinner of sushi with a gift card Eric had won right before he caught my cold. Once we had our fill of sushi (which baby loved so much he started doing a sushi dance), we went to Costco because we’d been too sick to buy toilet paper the past couple days. Paper towels just aren’t the same.

As soon as we stepped outside, the moon was so full and so beautiful that it nearly slapped us in the face with its brilliance.  Eric reminded me that we had the photo equipment in the trunk and I set up my tripod again to capture my first moon photo. Turns out it was a blue moon, so appropriate for the day we announced to all our friends and relatives that we were having a boy! 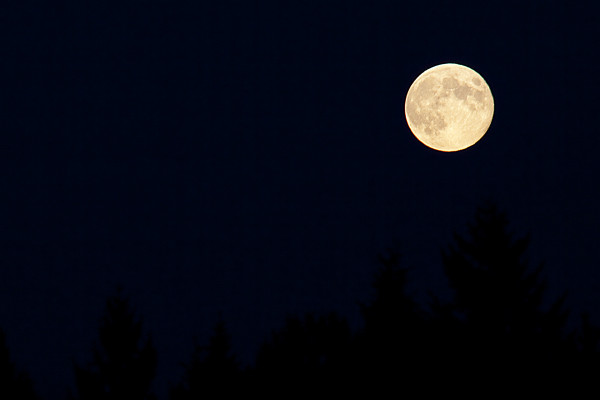 I give you this recap, not to bore you with every detail of our past two days, but because I suspect I’m not the only mom to be out there who has struggled with or will struggle with depression during pregnancy, or not feeling an emotional bond as soon as expected.  While I’m sure that with all the hormones coursing through me I’ll still have my days of unexplained tears, I absolutely feel that knowing the gender, seeing the baby on the ultrasound and feeling the baby move has somehow flipped a switch for my emotions.  I think it was really hard to have to be halfway through the pregnancy before that happened, but I’m so thankful that it has.

I’ve also heard some moms don’t feel that emotional connection until they’ve given birth and are holding their child in their arms.  Guess what, that’s normal too!  Everyone’s normal is different, and this has been a good reminder to me that comparing yourself or your feelings to others is not the way to go.  So to some mom, someday, you’re not alone. 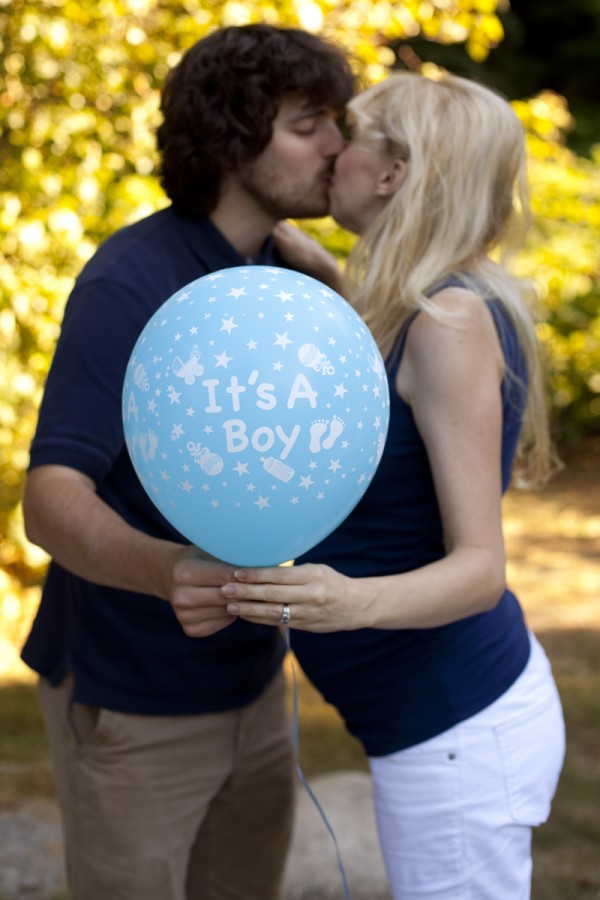 12 thoughts on “We’re Having a Boy! (Plus Depression During Pregnancy)”