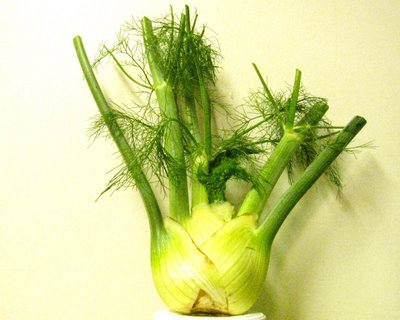 When Eric and I were house sitting for his parents there was a Top Chef marathon on Bravo. I could easily be a Top Chef addict, but we don’t have television so this was quite a treat. In one of the episodes, Jamie made a scallop with fennel and orange and the judges raved about it. I have desperate to make it ever since because both fennel and scallops are on my list. What, I haven’t told you about my list? It’s a list of ingredients that I’ve never cooked with but want to. I guess I’ll need to share it with you some time. 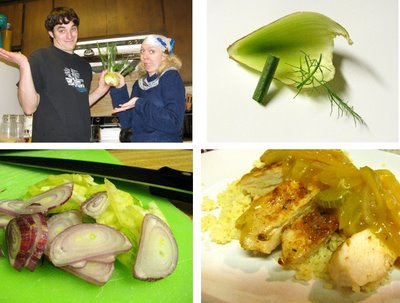 I’ve cooked with Fennel Seed before, but wasn’t even sure what fennel actually looked like. It is funny looking! In fact Eric called it “the scary vegetable”. I decided I needed to do a taste test because I’d heard it tastes like licorice which I really don’t like, so I was rather nervous. As you can see in the photo, there are three parts to the fennel; the fronds, the stalks and the bulb. Most recipes I’ve found call for the fronds/leaves or bulb. But Tony Tantillo says not to toss the stalks because they are great for soups and stews, so I’ll find something to use them in. There was definitely a licorice taste but I could barely taste it in the fronds, and although it was stronger in the stalk and bulb, it didn’t taste like licorice candy and was actually rather nice. The flavor was much milder when cooked, in fact Eric thought I forgot to use it and cooked with bell pepper instead! 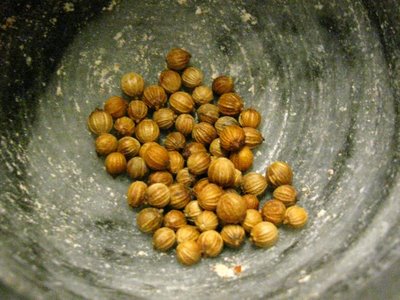 Well, I had everything to make Jamie’s recipe for scallops, or at least an adaptation of it, but the scallops needed to thaw and the Crème fraîche needed to crème (or whatever it does). So I decided to try something with chicken which I already had thawed. I did a quick search for chicken and fennel and found this recipe, which I had the ingredients for. The flavors in the chicken rub sounded a lot like Senagalese flavors so I thought we’d at least like the chicken. It was very good. Eric is not a big fan of couscous, but still liked the flavors. I’d declare it a success and would definitely make it again. I served it with stuffed mushrooms (always a hit!) and will share those with you soon. 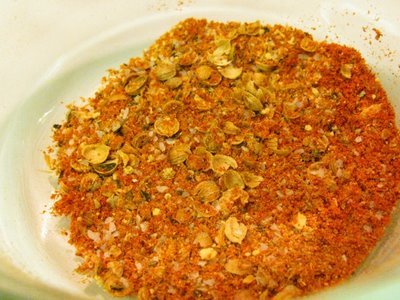 Add the fennel and onions to the pan and saute for 7 mnutes or so. The fennel should be tender but not mushy. If the pan appears to be too dry, add a tablespoon of water. Should be enough to moisten without steaming the vegetables. Add juice, broth and the last 1/4 teaspoon salt and bring to a boil for about 1 minute. Add constarch mixed in 1 tablespoon of water. Stir until it just begins to thicken, about 2-3 minutes.

By the way, my foodbuzz dinner was great! I’m hoping to put together a little video, and will share my evening with you soon.

3 thoughts on “What the Fennel?”