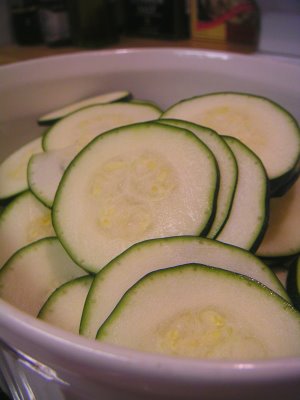 I love zucchini, it’s great in stir fry, breaded, raw and in pasta. But I wanted to try something different, so I did some searching and found a recipe for zucchini gratin. The only problem with this recipe is that it takes a lot of dishes. I had a couple zucchinis still from our friend Becky, but I was putting off making this dish until I felt I could validate using so many dishes.

On the day I decided I just needed to make it, so I got home from work and found a spotless kitchen. The dishes were all washed, the counters cleared, things even reorganized for more space! My wonderful husband spent the whole afternoon cleaning and reorganizing the kitchen so that I could have a better working area. He really thought it out and I was so touched. 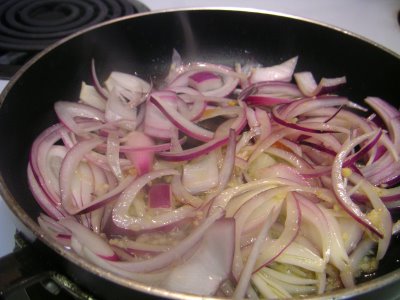 So that was confirmation that it was time to make the zucchini gratin. I changed some things to work with what I had, and let me tell you, this dish was absolutely worth the clean up. It was so delicious, and even better as leftovers. I think it’s officially my favorite vegetable dish.

I served it with a simple baked salmon with vidalia dressing, some sharp cheddar, and fresh mango. 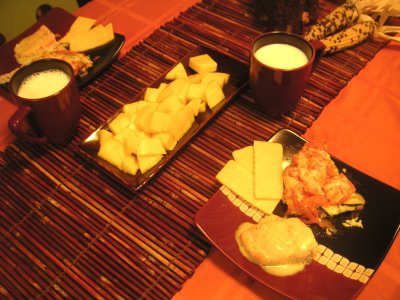 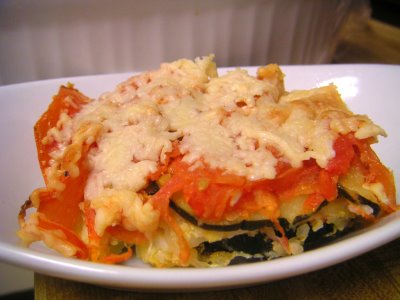 Preheat oven to 450°F with racks in upper and lower thirds.

Cook rice according to package instructions.

Roast zucchini in upper third of oven and tomatoes in lower third, turning vegetables once halfway through roasting, until tender and light golden, about 10 minutes for tomatoes; 20 minutes for zucchini. Leave oven on.

Bake in upper third of oven until set and golden brown, about 20 minutes.