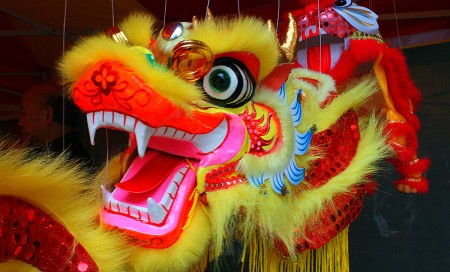 Happy New Year!  No I’m not a few weeks late, I’m talking Chinese New Year, or Spring Festival as they call it in China.  This is the Year of the Dragon and it makes our boys laugh every time they say it in Chinese because it is a bit of a tongue twister.  After we tried saying it a few times, we got them to say “She sells seashells by the seashore” a few times.  Such fun!  I’m doing a round up of Chinese New Year Recipe round ups from some of my favorite bloggers.  But first, let me tell you about how we’ve been celebrating with our Chinese sons (college exchange students who live with us).

Here are our boys, Fred on the left (he chose his American name after the Weasley twin from Harry Potter) and Tao on the right (who kept his Chinese name since it’s so simple). They’ve taught us a lot about how they celebrated Spring Festival.  It’s basically like the Christmas of China.  Everyone gets the week off of school and work.  Parents buy new clothes for their children and families cook a LOT of food! 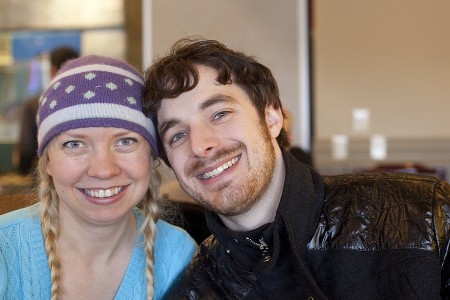 Our boys have been feeling a bit homesick so last week Sunday we took them out for dim sum, traditional Chinese food that you order basically by pointing at what you want off of carts that are wheeled from table to table. They were SO excited to eat some of their favorite foods (and find out some of mine) and speak in Chinese to the restaurant workers.  They also taught us how to ask for water and say thank you in Chinese.

I was excited to introduce Eric to chicken feet, a popular Chinese dish that are really good and really cheap! 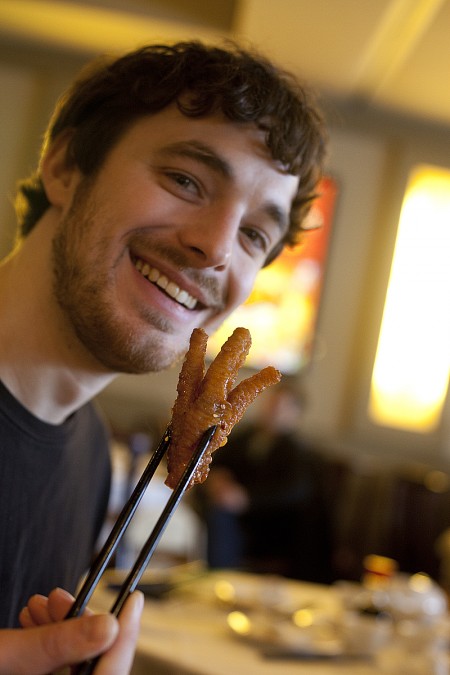 He liked them!  So…when we went to the Chinese grocery store next door, I bought a big package of chicken feet for just $3.  Hmmm, maybe a new post in the future? 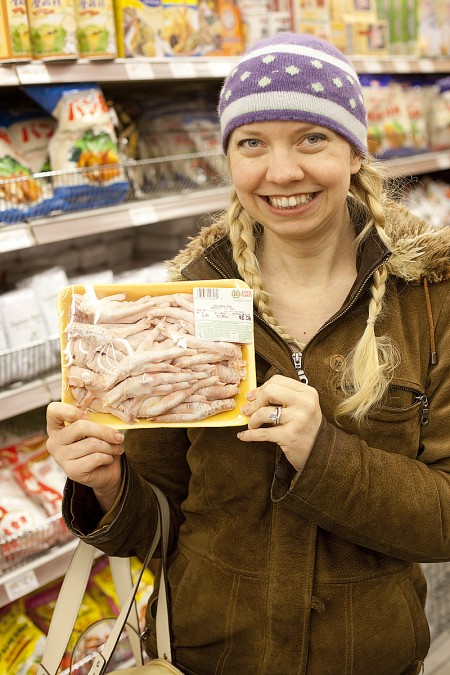 It was a great day and our boys were really happy.  See? 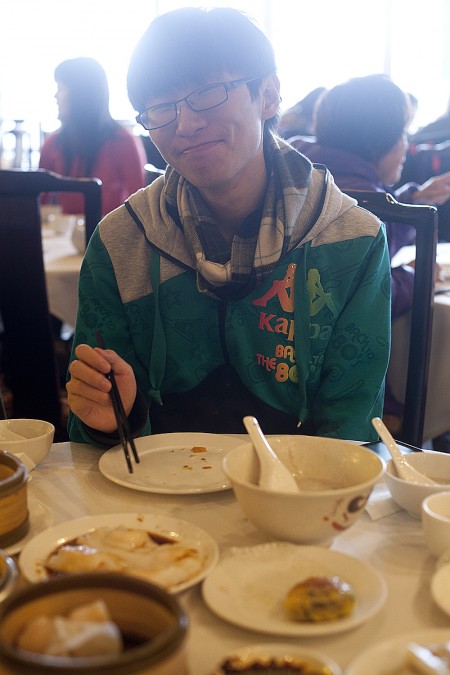 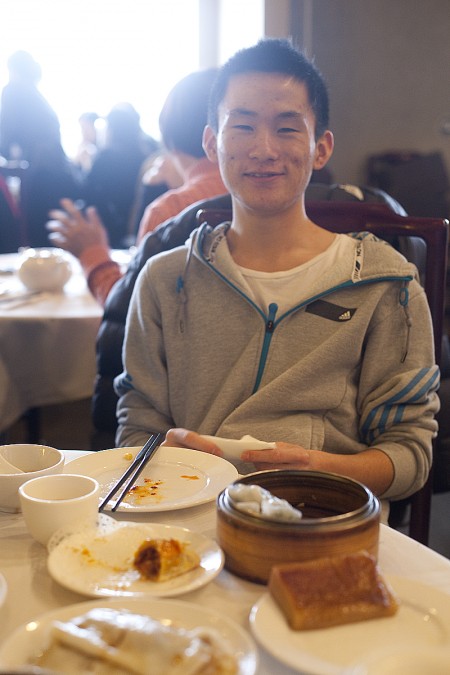 Tao is our big eater but even he was absolutely stuffed by the end of lunch!

The celebrations continued with the crazy snow storm that led to school being closed for everyday except Tuesday.  The guys were thrilled to get their week of vacation after all!  Then Saturday we all went shoe shopping (our sneakers were holey, not not holy, holey and needed to be replaced).  So they got their traditional new clothes as well.  Saturday night we went out to dinner with my family and the guys said it was really special to have a big meal with their American family even though they couldn’t be with their Chinese family.

Yesterday was the start of the Spring Festival celebrations in China, so we made it our big night for cooking Chinese food. 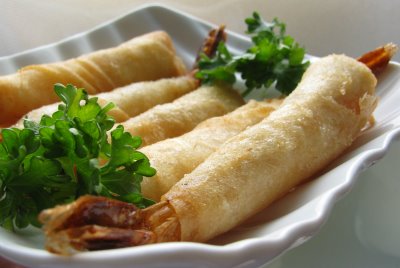 We all gathered around the kitchen table making firecracker shrimp, crispy wontons and turkey potstickers.  I dished up some Chinese plum sauce, and soy dipping sauce along with rice and some stir fried vegetables.  If you’re feeling adventurous and craving seafood for the New Year, you could make some raw oysters with a tomato salsa or bake whole fish.  Or if you have a large number of people to feed, a Chinese roast goose takes a while to cook but isn’t too work intensive.  Fried rice is a popular Chinese dish that will make anyone happy, and this zucchini carrot stir fry is so simple it can be ready in five minutes!  If you’re hoping to keep it simple and just make one Chinese dish, may I suggest a beef broccoli stir fry, it’s fast, easy and filling.

Okay enough of my recipes, time for the round up of round ups!

My friend Jaden has a great round up of her own recipes and other Chinese recipes from all over the web.

Andrea Nguyen, the dumpling expert, has all sorts of lovely dumpling recipes to try.

At Rasa Malaysia you can get a variety of Chinese New Year recipes including desserts.

Of course Appetite For China has several recipes to share.

Alright, if you have a Chinese New Year recipe round up or know of one I missed, please share in the comments.  Happy New Year and many blessings and good fortune to you and your family!

1 thought on “Chinese New Year Recipes Round Up”