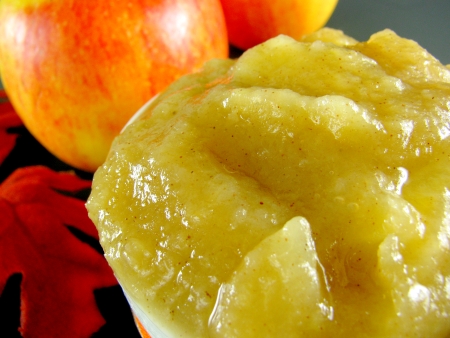 There’s something so comforting and soul warming about homemade applesauce.  I associate applesauce with being sick, or cold, which isn’t a bad thing.  When I was sick was when I would often get undivided attention and love from my mom, she’d bring me apple sauce and ginger ale and I’d be so relieved to be able to eat something.  When I’d be cold in the morning (and didn’t feel like eating oatmeal) I’d microwave some apple sauce, stir in lots of cinnamon, and savor it’s sweet warmth with every bite.  It’s easy to customize apple sauce to your taste, and this delicious homemade applesauce recipe is so much better for you than what you can buy in the store.  Even better bonus, kids love making their own apple sauce! 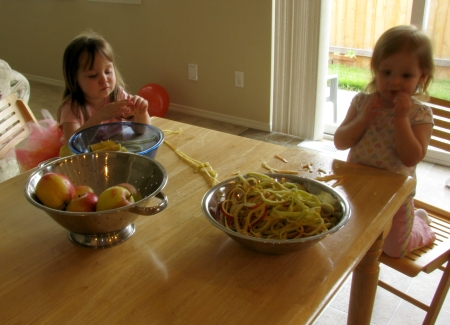 My friend Colleen asked if I’d like to have an apple sauce making day with her.  Of course I said yes!  I got 40 lbs of Jonagold apples from a local farm for only $15.  This made for some uber cheap apple sauce.  As adults, we can get excited that making something like apple sauce ourselves if cheaper and healthier than buying it in the store.  But Colleen’s daughters Emily and Piper were just excited that we were making apple sauce, and that we got to play with sticky apple parts! 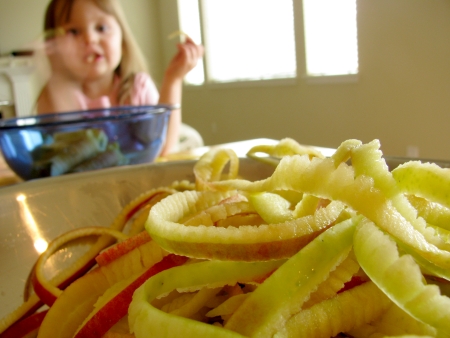 My apple peeler/corer/slicer was a huge hit with the girls.  They loved watching the apples spin as fast as I could make them go, and I made sure they each had their own job.  One girl was in charge of putting peels in the peel bowl (I saved them for making apple butter) and the other was in charge of putting cores in the garbage bowl.  Of course there were mix ups, and a trail of peels on the floor, but they loved having specific jobs and it prevented any fighting. 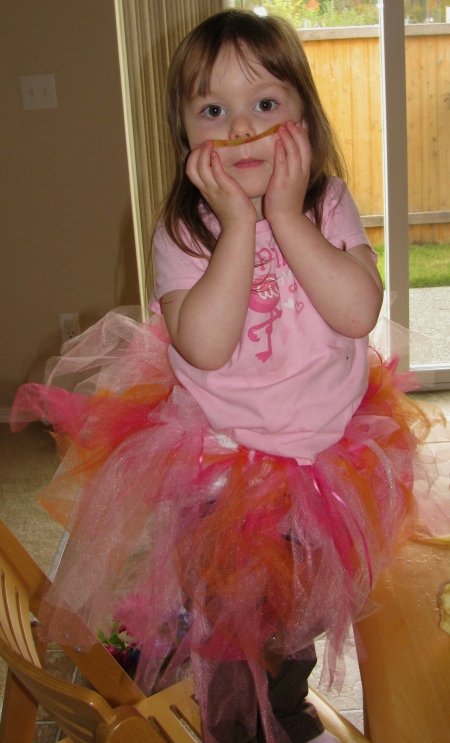 Emily quickly discovered that apple peels make great mustaches, and so a time of apple peel mayhem ensued that was lots of fun for all.  We only peeled a few apples for each pot of applesauce.  Most of the apples went through a food mill, peels and all.  But we wanted a chunky texture so we did some with my apple peeler so they could go in whole without getting any peel in the apple sauce.  If you don’t want any chunks in your applesauce you can skip the peeling and using the immersion blender on the chunks. 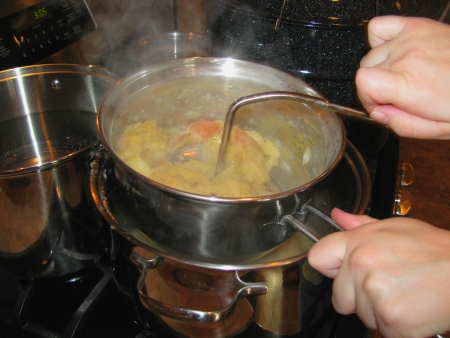 I mentioned before that I got my food mill super cheap at Goodwill, if you don’t have a food mill, you can probably use an immersion blender, or whirl it in a food processor, but you need to peel and core all your apples rather than just quartering most of them. We made 14 pints in about 2 1/2 hours, which meant we each got 7 pints.   We also still had plenty of apples left to make apple butter with. 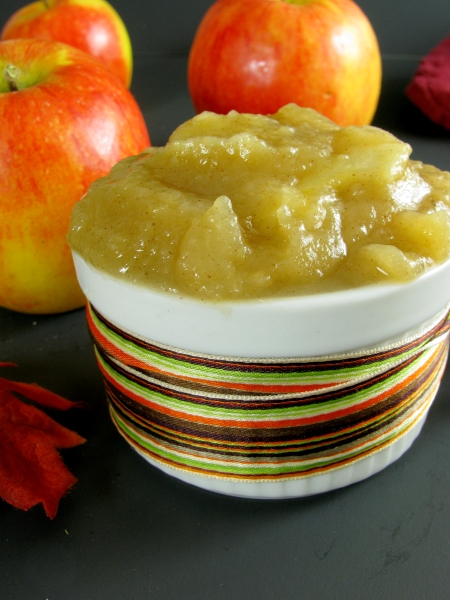 I’d definitely recommend making apple sauce with a friend, it’s more fun and goes faster with two of you doing the work.  I don’t know if I would have been up to doing 14 pints on my own since I tend to can in small batches, but it hardly felt like work with Colleen.  If you don’t want to can your applesauce, you can also freeze it in Ziploc bags or Tupperware.  Apple sauce also makes an easy hostess gift as the holiday season is fast approaching!  You can add more cinnamon depending on how strong a flavor you want, as well as adding more, less or even no sugar.  If we hadn’t put lemon juice on the apples to keep them from browning we might not even have added sugar.  Other fun things to put in apple sauce: ginger, nutmeg, cloves, all spice, honey, strawberries…What else? 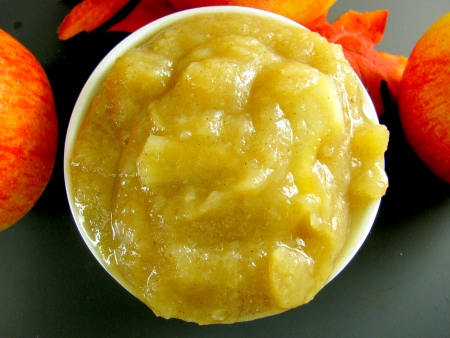 Place quartered apples in a large pot and add enough water to cover the bottom of the pot slightly (shouldn’t be more than 1/4 cup).  Place on a burner on high and cover.  Cook 10-15 minutes stirring occasionally until apples are soft.

Dump apples into a large heat proof bowl, begin spooning them into your food mill.  Make sure there are no seeds in the pot, and grind the apples through the mill into the pot.  Add cinnamon, 1/8 cup sugar, and salt.

Add your peeled apple slices to the pot.  Turn heat to medium high and stir.  Cover and cook another 10 minutes, stirring every two minutes or so.

Use an immersion blender to puree the slices into a smaller, chunky texture.  Taste and add more sugar if desired.  Can using a waterbath or freeze.  Use open applesauce within 4 weeks.

Approximate cost/serving: Only 39 cents a pint!  This is so cheap to make!