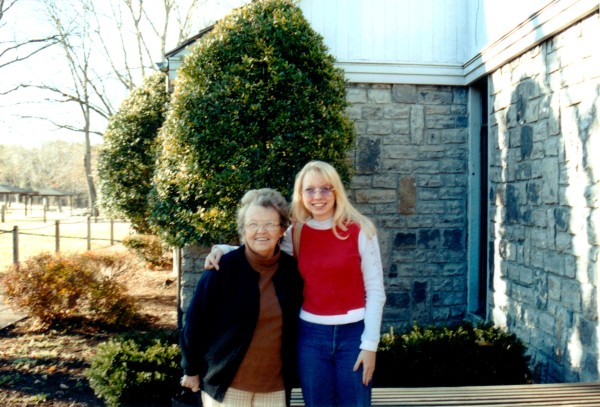 I’m strangely calm. I take moments to weep uncontrollably, then feel myself relax and am ready to move on until the next wave of mourning. I also have moments of joy as I recall special memories and think of the legacy that has been left behind. In some ways it feels like an out of body experience. It’s often that way when someone you love is taken away.

This morning Eric got up with Corban around 6:30, playing with him and caring for him while I got some uninterrupted sleep. At 8:30, he brought in a crying hungry baby, and mentioned that he just saw several missed calls from my family and a text to call his mom ASAP.

As I began feeding Corban, Eric sat next to me and dialed into his voicemail. I could indistinctly hear my mother’s voice, then Eric grabbed my hand and began to sob.

Around 6:15 this morning, my darling grandmother Betty was found on the floor in her room at the nursing facility. Apparently she had a massive stroke during the night or early in the morning. We learned later that although she fell, it didn’t cause trauma, the stroke was so severe that she must have instantly lost all consciousness and feeling. The staff did all they could to try and resuscitate her before an ambulance came to take her to the ER. The doctors put a breathing tube in and rushed her to a CT scan to see what was going on. 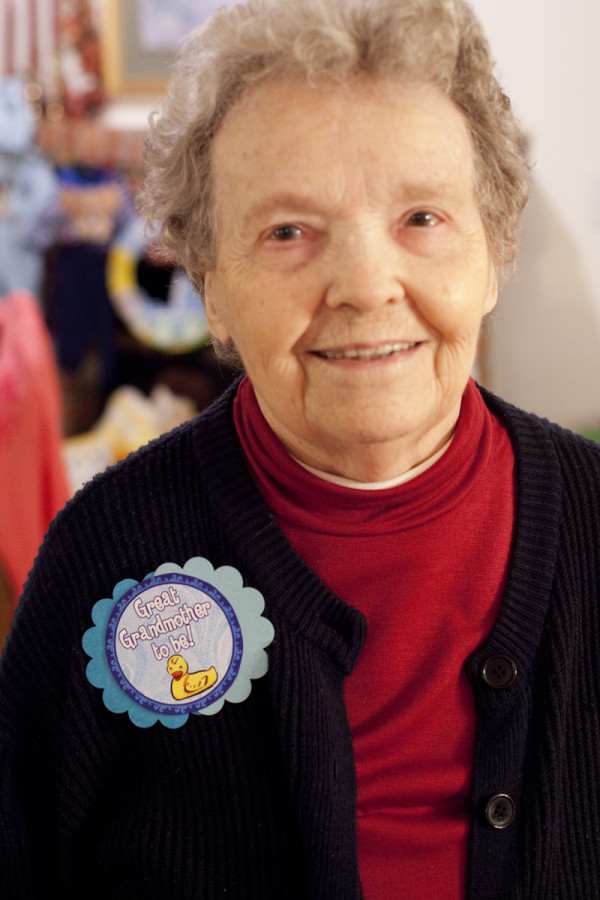 Once they saw the amount of bleeding in her brain, and knew she would never wake up, they called my father to let him know we should come say goodbye, quickly.

We rushed to get dressed, Eric’s mom hurrying over to help get Corban’s things together and pray with us. I felt peace wash over me in warm waves as she asked for strength and comfort for us in the moments ahead.

My sister met us at our house, climbed in the back with the sleepy baby, and we began the hour drive to the hospital. It felt longer than it had ever been before. 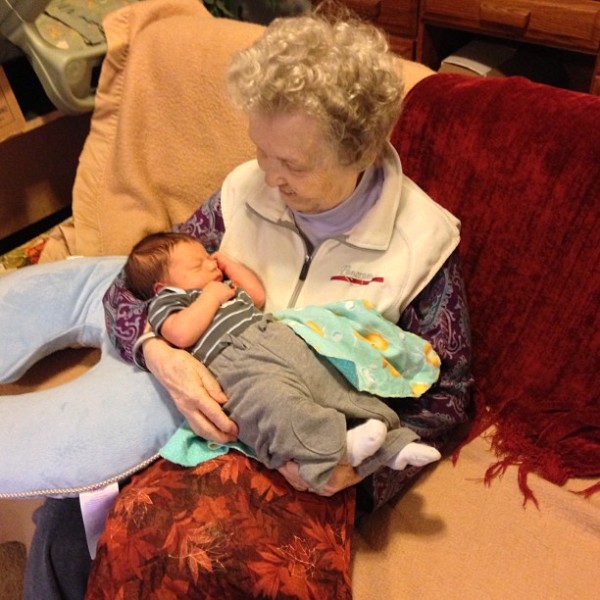 Here’s the synopsis of the morning that I sent to my aunts, uncles, and cousins:

Just as in life, Grandma’s passing was a testimony to the love and power of Jesus Christ. We were able to love on family members of other patients, who were shocked at the love and concern we had for them when they found out we were about to say goodbye to our loved one, which let us share our assurances that she knew Jesus and we would see her again one day. Dr. Babbitt at the ER was absolutely amazing, assuring us that Grandma didn’t suffer, walking us through every step, and hugging us goodbye. He said he’s seen the spectrum of end of life and that it was so wonderful and even happy to see the way Grandma was loved and celebrated in the end.

Eric and Sharon and I arrived there first, and spent time holding Grandma’s hands, kissing and stroking her head, and telling her how loved and cherished she is. We really felt in our spirits that she was already with Jesus, but wanted to love on her as much as possible regardless. When my parents and Jason arrived, we all laid hands on her and held each other as Eric prayed, and we cried and laughed, mourning the loss to all who love her, but filled with joy at what she must already be experiencing.

Then the breathing tube was removed and we were left with her for the next 15 minutes as her body was released. We sang hymns, songs of praise, prayed and wept, until the doctor came in to pronounce at 11:30.

When we got to Panorama, we began telling staff and other patients. Marjorie (her roommate) was heartbroken and in denial, so please pray for her. I told her how much she meant to Grandma and how often Grandma spoke so highly of her, and we prayed with her before we left. I hope to be able to spend some time with her tomorrow when she’s had a night to process. Everyone was sad to hear she was gone, and once again we saw so clearly how Grandma was family at Panorama and dearly loved by so many people. The activities director shared that this whole week Grandma did every activity and was having a wonderful time, telling people how happy she was!

While it’s heartbreaking to lose a woman who was a grandmother, mother, mentor, and friend to me, there are so many things that I’m thankful for. Grandma was showing early signs of alzheimer’s over the past couple of years. She was so scared of going through what she saw her mother experience, and we are all so thankful that she didn’t suffer in that way. Instead, she was feeling the best she has in years. She’d become quite the social butterfly at the retirement community, and several of the staff their called her “mom” because of how much she cared for each person she interacted with.

But what I’m most thankful for was the privilege of experiencing that final hour with her. Though we know with absolute certainty that Grandma loved Jesus with all her heart and is with Him now, we don’t know or understand what really happens when someone is brain dead. I told Grandma that if she could hear us and wasn’t with Jesus yet, I knew she was inwardly admonishing us in that adorable teasing way of hers to let her go quickly so she could hurry up and get home. 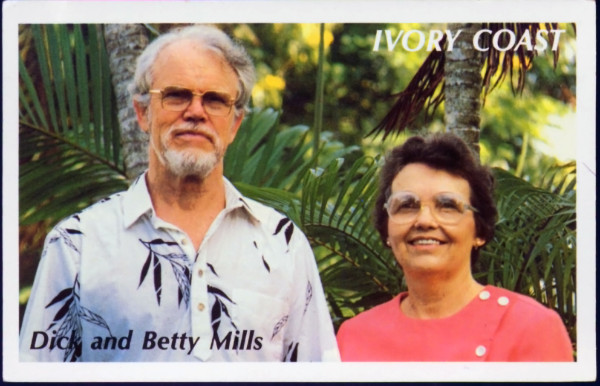 I shared more about why my grandparents were so special to me and Eric, and to thousands of people in Ivory Coast, Africa when my grandfather passed away almost exactly a year ago.

Thank you so much to all of you who have already sent us messages and prayers over email and facebook. You’ve lifted me up throughout the day. 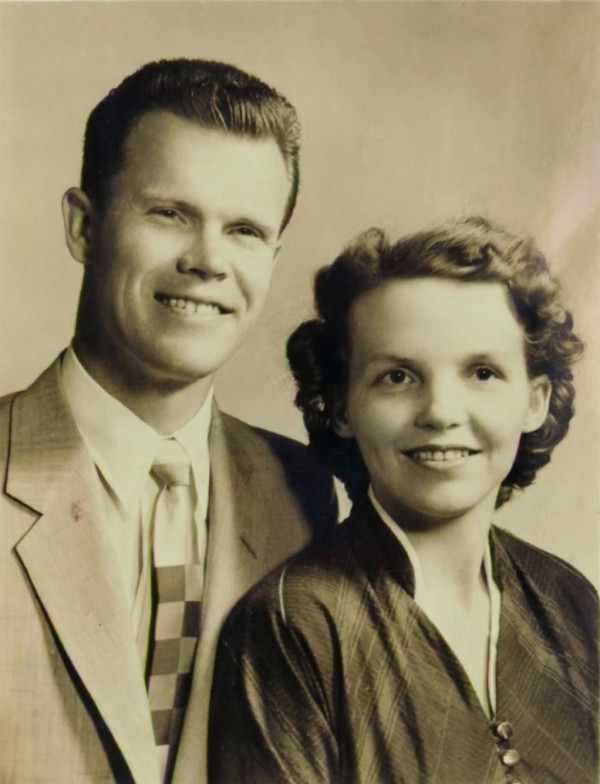